Can you trust the news you read or not? Artificial intelligence is now being applied to help the reading public figure out which news articles can be trusted and which ones are fake news.

The proliferation of fake news couldn't happen without technology. The internet allows anyone, anywhere to spread information -- whether or not it is true. But technology could also help serve as a tool that makes people more aware of which stories are not trustworthy. 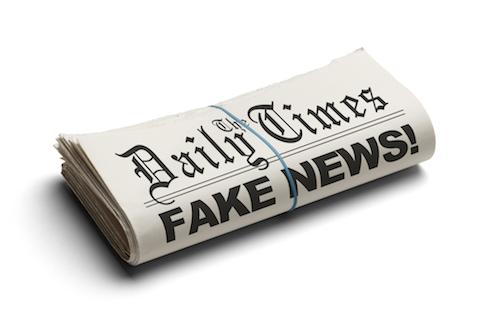 True story: one of my social media connections asked for recommendations for reliable new sources and got a few outlets named, though some of us -- myself included -- said that you simply cannot rely wholly on any single source and have to check through multiple sources to be sure you get the full picture of the facts in context to find where the truth lies.

But not everyone is sophisticated enough to be aware that reports they see -- even from outlets with solid reputations -- need to be taken with a grain of salt. That's why Valentinos Tzekas founded FightHoax, the creator of an AI-powered algorithm that empowers anyone to ascertain if an article is fake or not in just seconds without Googling the story.

Described with the tagline, "Fighting against the mass misinformation spread," FightHoax claims an accuracy rate of 89% based on the most recent and most user-requested 172 fact-checked articles).

It is still in private beta and not fully public. Its use is currently reserved for "high-end users like journalists, founders of AI news startups, people who can appreciate the tech behind each result."

What the tech is not is a fact-checker, Tzekas clarified in an email exchange. It also is not meant to remove humans from the equation. "At FightHoax we are trying to create a human-level solution to fake news, not just a complicated AI Algorithm," he said.

He offered this brief explanation of how it works: "First of all, the history and reputation of the website which hosts the news article has, is analyzed." That means taking to account the extent to which the site is linked with fake news. The next step is to consider the reputation of the author of the article. That would take in to account factors like experience writing for respected outlets or expertise on the issue or journalistic accomplishment.

Lastly, the article itself is analyzed and compared to verified articles on the same topic. In the process, it explores the following questions:

Based on the analysis, the variables are assigned particular weights to determine if the article checks out as true or a hoax within seconds.

Unlike human readers who tend to trust their favored sources completely, the algorithm is programmed to recognize that any source can end up publishing fake news. Each article has to stand on its own merit. It's quite possible that one article from the New York Times is rated as trustworthy, while another one fails to meet that standard. It all depends on what the author is writing about, Tzekas said, and that is why FightHoax assess articles rather than news organizations as a whole.

Without that kind of assessment, it is easy to drown in an ocean of misinformation. "Today, in 2017, we are bombarded with articles" he said, and more information translates into less thinking about the news we consume.

"We want to break filter bubbles and echo chambers. We want to make you think of the opposite opinion, too, not to present to you what you want to see," he asserted.

I asked him about the role that Facebook and Google have played in the way people get their news today, he said, "I think that they have made some wrong decisions" and believe that "they should try to be more transparent."

He believes that we can overcome the fake news problem with a "human level solution." FightHoax's algorithm is to serve as component within "a media literacy platform" that raises awareness of the need to be an educated consumer of news.

Tzekas believes that "critical thinking and quality news consumption skills is a must skillset for every 2.0 citizen" -- the need for critical thinking is what the project is really about. With so much news coming through the internet, news consumers must be properly equipped to be "the 'king' of what they consume!"

Cambridge Dictionary defines fake news as "false stories that appear to be news, spread on the internet or using other media, usually created to influence political views or as a joke." In the future, AI may be one of the technologies applied to help consumers distinguish between what is real and what is fake.

Until then, remember what Abraham Lincoln has warned us about in multiple memes: "Don't believe everything you read on the internet."

10 IT Trends to Watch for in 2021 Cynthia Harvey, Freelance Journalist, InformationWeek,  12/22/2020
White Papers
Improving Your Enterprise's Protection With Cyber Resilience
2020 Threat Hunting Report
The Network for Whatever's Next; A CxO Guide
From MFA to Zero Trust
Passwordless: The Future of Authentication

More Informa Tech Live Events
Securing and Monitoring Networks in the 'New Normal'Strategies for Success with Digital TransformationBuilding the SOC of the Future: Next-Generation Security Operations