IT Must Alter Investments To Play in Digital Economy - InformationWeek

50%
Tweet
At Interop, Mark Tonsetic of CEB will discuss how your view of the digital future should start guiding IT investments.

It's no longer wise to project a certain amount of capital spending for the IT department, discounting slightly for the movement of a few workloads into the cloud. The calculations can't be done in the same way they used to be.

"Nobody," says Mark Tonsetic, practice lead at CEB, now part of Gartner, "wants to be the last one to build a new data center."

On the contrary, there's a widespread understanding that IT investment spending is undergoing a fundamental transformation, and most CIOs and IT managers want to put their investment dollars in the right baskets. Tonsetic will speak on How the Cloud Is Changing IT Investment Planning at Interop ITX in Las Vegas on May 19. But it's not just the cloud that he's concerned about.

CIOs and IT managers doing investment planning should ask, how the digital future will change their company – and how their IT investments will fit in with those changes? They should also ask what kind of organization will they need to become to compete in the digital future, Tonsetic related.

When it comes to investments, do you know how to think about cloud investmets? See Nemertes CIO Burke: Do you Know Your Cloud TCO?

So, not much of his address will be aimed at the amounts to spend on servers, routers and storage. If anything, he agrees with the report that says the enterprise server footprint is flattening out or even shrinking, as cited in an Uptime Institute report.

To some extent, it's surprising that he has cloud in his title. Two to three years ago, he said, you might hear a lively debate over whether disaster recovery should be performed in the cloud; now 80% of CEB clients report they have at least a pilot cloud DR project going. "The noise around the cloud argument is diminishing," he said. 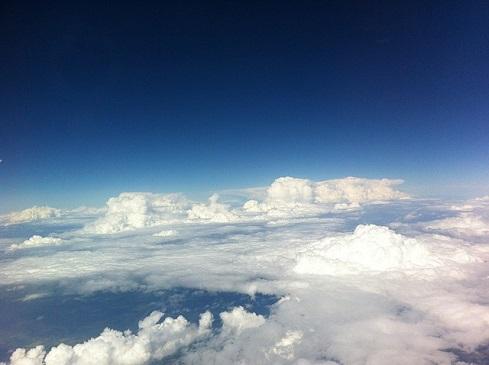 Still it's the cloud that has had the greatest impact on enterprise IT thinking as it considers the steps that will be needed to get to the future digital economy. "It's not a matter of cloud versus on-premises. It's a question of where the capital spending can best be done."

If organizations decide they need more flexible product development options and faster time to market. When the terms speed and agility come up, then the discussion quickly turns in the cloud direction, he said. And companies thinking along those lines are also thinking they need a DevOps organization and continuous integration of frequent software changes.

On the other hand, there are now startups saying they can help an established company make better use of its on-premises resources and avoid moving the bulk of their workloads into the cloud. Software defined networks, storage and automated systems governing servers can change both how you manage the enterprise data center and how much it costs to do so.

None of the answers to the investment planning question are chiseled into stone. But anyone opting for what might seem like the safer, on-premises use will have to calculate the long term operating expense of an on-premises capital investment, a sometimes tricky thing to do.

CIOs and IT managers that want to prepare for a wide range of scenarios need to keep an open mind on how the next phase of computing might evolve. But right now Tonsetic is impressed with the arguments that point out if you're thinking of providing more digital services, just being in the cloud will help prepare you to deliver them.

The Internet of Things will have to evolve at least in part in the cloud and many services will flow out of its operation. "The question to ask is where are you going to generate revenue for the company as a whole? Better use your capital to invest there," he said.

Right now, he can see how many digital services will be created and flow out of various clouds and far from being at the end of that phase of computing, he's been impressed with the thinkers who believe the cloud will be a 30-year cycle in computing and it's still in an early stage.

Tonsetic explained CEB was formerly known as the Corporate Executive Board, a business research and consulting outfit, which changed its name to CEB in 2015. Gartner announced it would acquire CEB for $2.6 billion in January; the deal was closed in April.

Charles Babcock is an editor-at-large for InformationWeek and author of Management Strategies for the Cloud Revolution, a McGraw-Hill book. He is the former editor-in-chief of Digital News, former software editor of Computerworld and former technology editor of Interactive ... View Full Bio
We welcome your comments on this topic on our social media channels, or [contact us directly] with questions about the site.
Comment  |
Email This  |
Print  |
RSS
More Insights
Webcasts
Maximizing Database Performance to Improve Customer Experience
[Dark Reading Virtual Event] Your Crash Course on Cyber Attackers
More Webcasts
White Papers
The Best Free Vulnerability Management Tools
When and How to Best Leverage an MSSP
More White Papers
Reports
2020 State of DevOps Report
Making the Financial Case for Outsourcing Endpoint Protection
More Reports

The IT investments will change as the underlying company culture and IT culture change. In one sense, Tonsetic is acknowledging how much more than just the IT budget is under consideration here.
Reply  |  Post Message  |  Messages List  |  Start a Board
Editors' Choice
Hot Topics

IT Spending, Priorities, Projects: What's Ahead in 2021 Jessica Davis, Senior Editor, Enterprise Apps,  10/2/2020
White Papers
Cloud Threat Report: Spring 2020
The Best Free Vulnerability Management Tools
When and How to Best Leverage an MSSP
Best Practices for Database Security in the Cloud
Steps Organizations Can Make to PIVOT to Business Agility