While we're bombarded by technology that is presented as "cool" it is refreshing to see technology used for the good of humankind.

The buzzword that we currently hear on a daily basis is digital transformation. Seemingly every technology vendor purports to be the enabler of organization's moves to digital, and suggests that it is the key to unlocking this digital future.

Alongside the use of the buzzword, and unsurprising that this is the technology industry, vendors like to sprinkle doses of the most exciting emergent technologies in with their digital transformation stories. It’s unusual not to have significant mentions of machine learning, artificial intelligence, and mixed/virtual reality delivered as digital transformation cornerstones.

But sometimes in a race to appear “cool” vendors forget that sometimes digital transformation can be a far more prosaic topic. Sometimes the very simplest of stories and technology changes can be the most impactful.

I was reminded of this recently when attending Microsoft’s Ignite conference in Orlando. In the demo area, there were plenty of examples of artificial intelligence and mixed reality being applied to business, but the case study that really stood out for me was one which, though far less sexy, is far more impactful.

Medical Teams International is a disaster response organization. They send teams of volunteer medical professionals and medical supplies into disaster-affected areas. Alongside disaster relief, the organization embarks on longer-term health promotion initiatives, in which they collaborate with established partners within each community to ensure that their programs have a sustainable impact.

The initiative that was the focus of their demonstration at Ignite was one they are undertaking in Uganda. 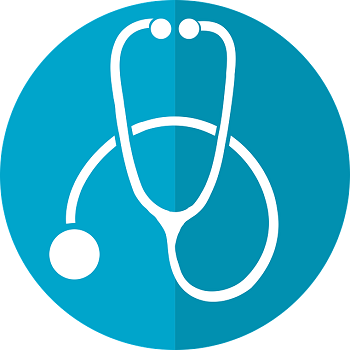 Since Uganda’s Refugee Act 2006, the country has been restoring communities shattered by years of conflict. In addition to rebuilding infrastructure, the country is resettling refugees from inside and outside its borders, in particular over a million people from South Sudan. In each of Medical Team International’s Ugandan medical clinics within refugee settlements, doctors see up to 100 patients a day, and they work to curb the spread of malaria, cholera, and other infectious diseases.

The organization had been running 22 clinics on behalf of the UN Refugee Agency (UNHCR) and Uganda’s Ministry of Health. When it was asked to take on another 18 clinics, the systems it used to track data became an issue. As Patrick Taylor, Director of Technology at Medical Teams International, says:

"We’re honored by the request to expand, but we’re also challenged by the growth and the need to do things more efficiently as our lines of service spread across the country."

Digitization to the rescue!

Previously the health information system used by UNHCRwas a manual, labor-intensive process, including 77 different forms that record all the services performed by a clinic each day. Of those 77 forms, four provided about 50% of the information in the system, and it became obvious that automating the collection process would have a significant impact.

Formerly, every month, the collected data would be aggregated into a spreadsheet. The information would then be combined with data from other clinics in the settlement and sent to the UN and the Ugandan government to spot trends like disease outbreaks. The process was frustratingly error-prone and time-consuming. As Taylor points out:

"When you’re seeing a million patients a year, as they are in Uganda, the amount of paper that has to be tallied together daily can be overwhelming and with the amount of time required by managers to make corrections, it would be more than 30 days before doctors had access to actionable data. Information was flowing, but very slowly compared to the spread of disease."

Medical Teams asked Cambia Health Solutions, a company focused on applying innovative solutions and technologies to healthcare problems, to collaborate on a solution. Putting together a team of software development professionals, officials of the two organizations traveled to Uganda to assess areas for improvement.

Digitizing at the source

The two organizations jointly created a prototype app in the field. Leveraging the scalability of the cloud (in this case, Microsoft Azure) and philanthropic donations from Microsoft, tablets were deployed to a dozen clinics in the Nakivale settlement. The mobile app allows clinicians to enter diagnostic information into checklists and connect their tablets once a day to mobile hotspots to send data to the cloud. Biostatisticians and clinicians can immediately query the information to identify trends by date range and facilities. If the number of diagnosed diseases exceeds a predetermined threshold, the system automatically sends a text message to alert administrators and doctors.

As indicated previously, the historical approach towards analyzing collected data was to collect it on a monthly basis and then analyze it centrally. In a fast-moving situation like a disease outbreak, this is too slow and relies too heavily on a single-dimension view of analysis. As Dr. Robert Lukwata, Program Manager, Medical Teams International explains:

"With the paper system, I might not see an outbreak until one or two months later, when disaster has already happened, and you’ve already lost a great number of patients."

With the new approach, the data can be queried in real time using simple visualization tools, and this results in faster and bigger impacts. As an example, Dr. Lukwata noticed that numerous cases of suspected malaria were being reported without test results. He immediately sent test kits to the affected clinics, and the number of untested malaria diagnoses plummeted immediately:

"The number of cases in which people were prescribed malaria treatment without tests dropped from over 50% to below 5 percent. Here’s an example where quality of care improved significantly and immediately because a local physician was able to evaluate information and proactively affect change.”

Once people were diagnosed correctly, they received the treatment they needed. By taking advantage of an easy to use visualization toolset (in this case Microsoft Power BI), Medical Teams can easily explore data to improve the speed and accuracy of health care decisions. For example, staff can use the interactive visualization tools to get quick insights into the number of patients served by each facility and clinician, as well as the number and type of diagnosed medical conditions.

The tech is the least important part

Obviously this is a great story for Microsoft – the company donated resources on which the solutions are built and Medical Teams leverages a host of Microsoft products and services (Microsoft Azure, SQL Server, Visual Studio and Office 365 among them). But to focus on this through that lens would miss the really impactful thing – this is about applying digital technologies (and, let us remember, not the most buzz-worthy digital technologies but more general ones) to fundamentally solve a real-world problem.

In this day and age, when we’re bombarded on a daily basis by technology for technology’s sake, it is refreshing to see technology used for good.