Imagine if enterprises could turn to a single open source stack for their infrastructure needs rather than a host of different organizations.

Let me preface this post by saying that, for many of the wrong reasons, this unification would never happen. But that aside, join me on a conceptual journey.

I’ve been watching the OpenStack initiative since it was launched as a (naively posited, as it happens) “AWS-killing” cloud operating system. Back then, a handful of years ago, the two organizations responsible for birthing OpenStack, Rackspace and NASA, had varying reasons for going down this route. For NASA, it was about building a credible private cloud offering that they could leverage for their own purposes and for the benefit of the world at large. For Rackspace the drivers were less altruistic. They were struggling to find a way of differentiating from the big public clouds and the promise of “open” was seen as a potential way to do so.

Over the years since its inception, OpenStack has had a fairly turbulent time, buffeted by the winds of commercial interests and -- reacting to the pressures of those winds -- having taken many twists and turns over the years. Today, many of those commercial organizations that impacted negatively upon OpenStack’s focus early on have gone – IBM, HPE, Cisco, and Intel are essentially doing other things and have lost most of their interest in the project.

Into that vacuum came a number of other organizations – telcos, scientific organizations and, increasingly, Chinese webscale vendors -- that are using OpenStack, contributing to OpenStack code and financing the not insignificant operating budget of the foundation. The OpenStack platform itself has matured, and it is no longer seen as a science project that needs massive resource to implement and run. OpenStack is, for the most part, stable and performant and, while not setting the world on fire, being used in the wild.

But there is a different wind blowing. Increasingly virtualization, while still an important piece of an organization's footprint, is taking a backseat to more application-centric initiatives. The rise of containerization and the huge excitement around Kubernetes are showing that it’s the stuff on top of the plumbing that really adds value. The stability of a foundational platform is important, but it’s the combination of a stable foundation, and a modern application-centric platform on top that really moves the needle.

That is why it is interesting to look at the context of how foundations work, and their core proposition to the users they serve.

The problem with naming the concept that I’m trying to talk about is that there are so many different initiatives and foundations: OpenStack obviously, but the Open Cloud Initiative, the Cloud Native Computing Foundation, the Cloud Foundry Foundation and a raft of others. Beyond nomenclature, however, this plethora of foundations and initiatives points to a very real problem (as I see it). Customers want to focus on building the applications that they need to run their businesses. They’re not interested in the religious argument of virtualized versus physical versus containerized versus serverless. Generally speaking they’re pragmatic and -- very much in a horses for courses vein -- customers will use different technology stacks in different setting. 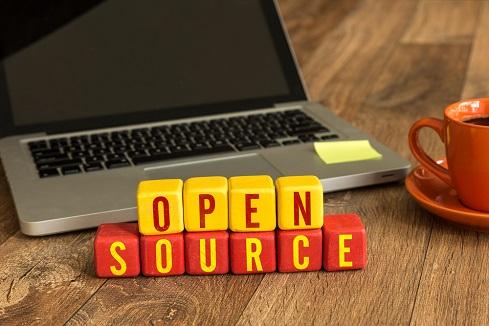 But the issue with the current open cloud landscape is that the different initiatives all do a distinct part of the required whole. OpenStack is a great platform for creating virtualized infrastructures. Cloud Foundry is a great platform for PaaS-like functionality. CNCF is shaping up to be a great default approach to orchestrate containers. But if you’re an organization wanting to approach your IT landscape using a combination of all of the above, you need to navigate the technology -- and, yes, the politics -- of a host of different initiatives. What you really want is a full stack offering, not in terms of a monolithic offering, but in terms of a coherent and consistent offering.

Back to the future? The OpenStack history

Of course I would be the first person to admit that the OpenStack approach of days gone by – that of jumping on the new shiny thing as soon as possible – led to an initiative lacking in focus and consistency. OpenStack became fragmented and difficult to position. Indeed, at this year’s OpenStack Summit the foundation’s executive director, Jonathan Bryce, announced a more focused core for OpenStack. Compute, storage, and networking would be the central focus.

At the same time, however, Bryce conceded that containers are a very important emerging trend, and he indicated that the OpenStack Foundation would look to reach out to the CNCF, and others, to ensure users had a consistent experience among two initiatives.

But it strikes me that some loose coupling doesn’t go far enough, and that something deeper, without making the mistakes of the past, is needed.

So if it would be a mistake for OpenStack to jump on the container bandwagon and develop container offerings of its own, what should happen? Well it seems obvious that Kubernetes in particular, and the CNCF generally, have won the container orchestration war. It’s also fairly apparent that organizations wanting a PaaS offering that, at least to some extent, hides much of the complexity of wrangling infrastructure, are increasingly seeing Cloud Foundry as the answer.

But rather than negotiating integration paths, roadmap convergences and messaging priorities across three distinct foundation, what if a new uber cloud foundation was to be created. It could be one which combined all that was good about OpenStack, Cloud Foundry and CNCF, but without the duplication, and without the overhead of three separate budgets, community governance costs and associated stuff. What would that look like?

I’m a fan of all three foundations and the people who run them, but make no bones about it: Open source foundations are businesses – they’re in the business of ensuring their projects gain and maintain traction and usage, and they’re also in the business of running events and gaining sponsors. The fact that every open source foundation event I go to has announcements of new foundation sponsors, and the ensuing fuel they bring, paints a picture. While the aims of running a successful organization aren’t necessarily opposed to doing the right things for users, they’re not necessarily completely aligned either.

So it is with this conceptual idea of a merging of two or more of these foundations. While discussing the idea with attendees at the OpenStack Summit, the general response was, “Yes, it’s actually a great idea conceptually, but it’ll never happen because… politics.”

But just because something isn’t likely to happen, doesn’t mean that it wouldn’t be a good idea. I’d love to hear your thoughts (and, yes, leadership of all three foundations would be most welcome to chime in as well).

Ben Kepes is a technology evangelist, an investor, a commentator and a business adviser. Ben covers the convergence of technology, mobile, ubiquity and agility, all enabled by the Cloud. His areas of interest extend to enterprise software, software integration, ... View Full Bio
We welcome your comments on this topic on our social media channels, or [contact us directly] with questions about the site.
Comment  |
Email This  |
Print  |
RSS
More Insights
Webcasts
Data Protection 101 - 12/10 @ 11am EST
The Pesky Password Problem: Policies That Help You Gain the Upper Hand on the Bad Guys
More Webcasts
White Papers
Exclusive IT Trend Report: Chatbots
Evolution of Ransomware Gangs
More White Papers
Reports
2021 Top Enterprise IT Trends
Special Report: Edge Computing: An IT Platform for the New Enterprise
More Reports