Top IT Priority: Cloud. AI, Not So Much - InformationWeek

50%
Tweet
IT organizations are focused on the cloud right now with automation and big data analytics also ranking pretty high on their to-do lists. AI, machine learning, and blockchain are down very low on the list of priorities.

Cloud and hybrid IT are the top priority for IT organizations today (91%), with automation (79%) and big data analytics (78%) following not too far behind, according to the annual SolarWinds IT Trends Index report.

But guess what's not very high on the priority list for IT? Artificial intelligence (32%), machine learning (30%), and blockchain (11%). All these need to get in line behind a host of other technologies before they get more attention from IT. 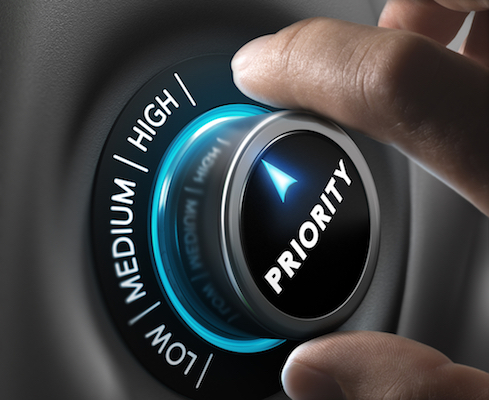 These findings are among many in this year's IT Trends Index report that surveyed 803 IT pros -- both leaders and rank-and-file -- in several regions around the world. The report delves into IT attitudes around technologies that include containers, the Internet of Things (IoT), software-defined everything, and robotics, among others.

Given all the hype around artificial intelligence, we wondered why we are hearing so much about it if it's not an IT priority? Perhaps because a recent global CEO survey found that AI and machine learning together are the number one strategic priority for top executives. SolarWinds cited that HFS Research survey in its own report, noting that enterprise top executives see AI and machine learning (80%) and process automation and robotics (82%) as the highest priorities other than cost reduction.

This gap between IT priorities and CEO priorities when it comes to AI and machine learning marks a "deep inflection point," according to Patrick Hubbard, head geek and principle technical evangelist at SolarWinds, who spoke to InformationWeek in an interview. Hubbard is also a speaker at Interop ITX, April 30 to May 4, in Las Vegas.

It's also a mark of where IT traditionally puts its focus. Hubbard said that IT is always measured by negative KPIs (key performance indicators) such as service level agreements -- the minimal acceptable performance. The goal has always been to invest as little as possible in what is considered a commodity -- a shared-service cost center. Because of that IT pros don't often have a lot of time to spend on looking at emerging technologies.

"They have a minimum amount of time to learn what they need to do while they still take care of that 20-year-old Oracle database that is sitting in the basement," Hubbard said. "That's what they do every day."

But pieces of AI and machine learning are becoming commodities, and that may make them more accessible to businesses. Tools are emerging from big cloud players like Amazon AWS and Microsoft Azure. And if a business is not ready to invest in assembling the "Lego" parts of machine learning themselves, they will be able to buy AI as-a-service, according to Hubbard.

Containers used to be in the same place that AI was, in terms of AI priorities. Hubbard noted that while there was an awareness of containers last year, the technology got a lot more attention from IT pros in this year's survey. That's the result that most surprised him about this year's survey results.

Nearly half of those surveyed said containers were among the most important technologies they are working with, which was a huge jump from last year, according to Hubbard.  There is a new comfort level with the technology. Hubbard said that IT has "accepted and adopted it as one more thing we manage."

The change means that containers are likely to stay in the realm of the IT organization instead of being implemented and managed by an external cloud native or cloud first team, Hubbard said.

"It was a decade before we really meaningfully saw the majority of businesses adopting VMware as the standard," Hubbard said. "The adoption of containers is much faster than that."

Whatever the technology, IT will learn it, Hubbard said.

IT will continue to get new technology thrown into the mix. But that's what IT's business is.

"IT's ability to learn new technologies is well demonstrated compared to any other business area you can think of," Hubbard said. "IT learns new technology every day. They have to. The greatest asset for any technologist working in an enterprise IT shop is how well they can learn and master new technologies."

To learn more about these emerging technologies, check out:

10 Things You Should Know About Deep Learning

Businesses Are on the Cusp of an Automation Revolution