WIFIRE, created by the University of California at San Diego and University of Maryland, crunches satellite data and real-time remote sensor data to forecast the rate at which wildfires might spread.

What if there were a better way to monitor, predict, and fight wildfires like the one currently affecting Northern California? The University of California at San Diego and the University of Maryland, with support from the National Science Foundation (NSF), are in the process of building an end-to-end cyber infrastructure (CI) for that challenge.

Called WIFIRE, it is designed for real-time and data-driven simulation, prediction, and visualization. WIFIRE combines satellite data and real-time remote sensor data with various computational techniques to forecast the rate at which wildfires might spread. The project team involved in architecture and implementation consists of scientists, engineers, technologists, government policy makers, private companies, and firefighters.

Although the project is in its first year -- with data integration, modeling, and visualization components still in development -- some prototypes and pilot applications already are available, said Ilkay Altintas, director for the Scientific Workflow Automation Technologies Lab at the San Diego Supercomputer Center, which is building the CI system with the Qualcomm Institute of the California Institute for Telecommunications and Information Technology

[Robots and automation are redefining labor, for better or worse. Read Rise Of The Robots: Up From The Factory Floor.]

The vision for WIFIRE is to put in place a programmable, scalable, and reusable wildfire modeling framework, Altintas told InformationWeek Government in an email. The project is part of the NSF Hazards SEES program, which focuses on interdisciplinary research efforts in hazards-related science and engineering in order to enhance public safety and contribute to sustainability.

When fully developed, WIFIRE will be accessible to users via specialized web interfaces and alerts broadcasted to receivers before, during, and after a wildfire. Having such infrastructure in place would be especially useful during massive environmental events like the wildfires that California firefighters have been battling in the last week. The most recent one, dubbed Sand Fire, has destroyed more than a dozen homes and caused large-scale evacuations. 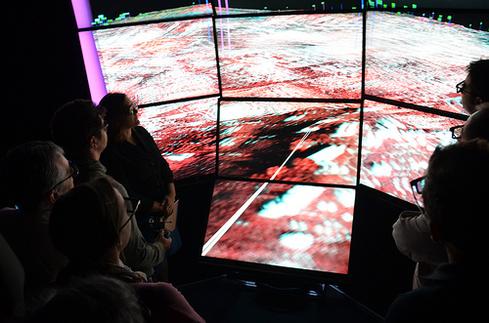 According to Altintas, WIFIRE is being developed locally in the San Diego area, but the concept applies to other cities looking for a more-accurate, faster way to deal with wildfires. Research shows that wildfires have grown in number and magnitude in the US in recent years.

"The developed tools, results and findings of WIFIRE will advance the understanding of the fundamental processes that influence wildfire hazards, and will be transferable to other national and global regions where wildfires occur frequently," said Altintas. "We also hope to generate cognizance on the importance of building high-resolution data acquisition systems for such environmental cases where the data can enable rapid situational awareness."

InformationWeek’s new Must Reads is a compendium of our best recent coverage of the Internet of Things. Find out the way in which an aging workforce will drive progress on the Internet of Things, why the IoT isn’t as scary as some folks seem to think, how connected machines will change the supply chain, and more. (Free registration required.)

Elena Malykhina began her career at The Wall Street Journal, and her writing has appeared in various news media outlets, including Scientific American, Newsday, and the Associated Press. For several years, she was the online editor at Brandweek and later Adweek, where she ... View Full Bio
We welcome your comments on this topic on our social media channels, or [contact us directly] with questions about the site.
Comment  |
Email This  |
Print  |
RSS
More Insights
Webcasts
What We Can Learn from Sports Analytics
Strategies for Success with Digital Transformation
More Webcasts
White Papers
Improving Your Enterprise's Protection With Cyber Resilience
Five Reasons to Protect your VPN with Multi-Factor Authentication
More White Papers
Reports
The State of Cloud Computing - Fall 2020
Email Security Threat Report 2020
More Reports