The Defense Advanced Research Projects Agency (DARPA) wants to develop the next generation of search technologies, particularly those that can help the military and government agencies find and organize publicly available information on the Internet.

To address the challenges of a one-size-fits-all approach used by today's search engines, DARPA has kicked off a program called Memex, short for memory and index. The program aims to "revolutionize the discovery, organization, and presentation of search results" and "extend the reach of current search capabilities," according to DARPA. Memex will focus on three technical areas: domain-specific indexing, domain-specific search, and applications that pertain to the Department of Defense (DOD).

"We're envisioning a new paradigm for search that would tailor indexed content, search results, and interface tools to individual users and specific subject areas, and not the other way around," DARPA program manager Chris White said in a written statement.

DARPA believes current search capabilities miss information in the "deep Web" -- the parts of the Internet that aren't indexed by commercial search engines. They also overlook shared content across Web pages. The agency envisions using commodity hardware and an open-source architecture to build this advanced search technology that would be capable of cross-referencing information more quickly and efficiently.

Memex was inspired by a hypothetical device described in "As We May Think," a 1945 article for The Atlantic Monthly written by Vannevar Bush, a World War II-era director of the Office of Scientific Research and Development (OSRD). DARPA said it wants to improve the ideas described in that article, with the creation of domain-specific Web content indexing and search. 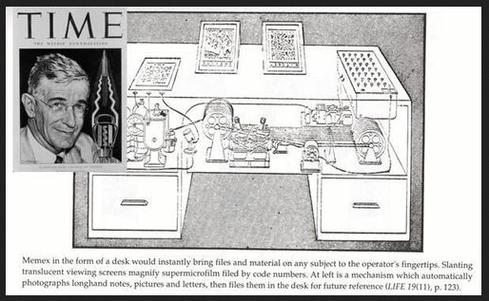 Initially, the program will focus on fighting human trafficking, a problem that touches various parts of government, including the military, law enforcement, and intelligence agencies. The commercial sex trade in particular has garnered significant Web presence via forums, chats, advertisements, and job postings. "An index curated for the counter-trafficking domain, along with configurable interfaces for search and analysis, would enable new opportunities to uncover and defeat trafficking enterprises," DARPA said.

Earlier this month, DARPA issued a solicitation for research on the subject. Research proposals, due on April 8, must address approaches that "enable revolutionary advances in science, devices, or systems," the agency said. Procurement contracts and cooperative agreements, but not grants, will be awarded to the winners. DARPA will hold a conference on February 18 to discuss the technical details of Memex with program participants.

Elena Malykhina began her career at The Wall Street Journal, and her writing has appeared in various news media outlets, including Scientific American, Newsday, and the Associated Press. For several years, she was the online editor at Brandweek and later Adweek, where she ... View Full Bio
We welcome your comments on this topic on our social media channels, or [contact us directly] with questions about the site.
Comment  |
Email This  |
Print  |
RSS
More Insights
Webcasts
The Failures of Static DLP and How to Protect Against Tomorrow's Email Breaches
How Elite Analyst Teams are Transforming Security with Cyber Reconnaissance
More Webcasts
White Papers
2020 SANS Enterprise Cloud Incident Response Survey
Full Body Exposure: CybelAngel Analysis of Medical Data Leaks
More White Papers
Reports
Assessing Cybersecurity Risk in Todays Enterprises
Are Unprotected Cloud Databases Leaking Your Data?
More Reports

Given DARPA's annual budget is dwarded by Google's and Microsoft's resources, it should be interesting to see what comes of DARPA's efforts to develop a deeper search tool.

If DARPA is missing too much of the deep web, someone could always ask the NSA...
Reply  |  Post Message  |  Messages List  |  Start a Board
Editors' Choice
Hot Topics