Takai launched several IT initiatives that cut across the military branches.

5 Online Tools Uncle Sam Wants You To Use
(Click image for larger view and slideshow.)

Teri Takai will be leaving her post as the Defense Department's chief information officer next month.

Takai submitted her resignation to Secretary of Defense Chuck Hagel, effective May 3, a DoD spokesperson confirmed Monday. A replacement hasn't yet been named.

Takai has served as the DoD's CIO since November 2010. While in that position, she was the principal advisor to Secretary Hagel for information management, information technology, and information assurance. She also oversaw non-intelligence space systems, critical satellite communications, navigation, and timing programs, as well as spectrum and telecommunications.

Most recently, Takai was credited with replacing the DoD's longstanding information assurance process with the National Institute of Standards and Technology's holistic "built-in, not bolt-on," risk-focused security approach.

[Oregon has given up on running its own health insurance exchange, at least for now. Read Oregon Dumps Failed Health Insurance Exchange.]

Takai was recognized as one of InformationWeek's most influential government CIOs in 2013 for her efforts to launch several IT initiatives that cut across the military branches.

Prior to joining the DoD, Takai was the CIO for the State of California. She was responsible for advising California's governor on the strategic management and direction of information technology during the state's modernization project. Some of her accomplishments include forming a Project Management and Policy Office, coming up with a strategic IT plan for the state, and passing the governor's IT reorganization proposal. 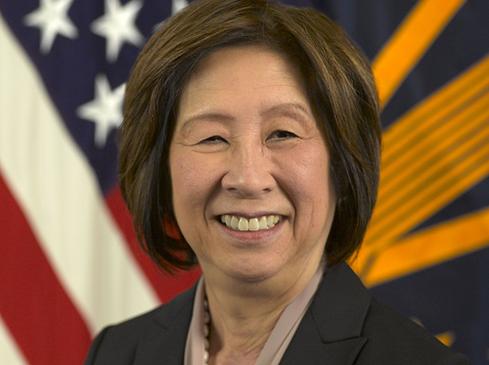 Teri Takai has resigned as chief information officer of the Department of Defense.

While serving as California's CIO, Takai also managed more than 130 CIOs and 10,000 IT employees across the state's agencies, departments, boards, commissions, and offices.

Takai's resignation follows another executive's departure from the Defense Department. On March 28, principal deputy chief information officer Rob Carey left for the private sector. He had served in government for more than 30 years.

Elena Malykhina began her career at The Wall Street Journal, and her writing has appeared in various news media outlets, including Scientific American, Newsday, and the Associated Press. For several years, she was the online editor at Brandweek and later Adweek, where she ... View Full Bio
We welcome your comments on this topic on our social media channels, or [contact us directly] with questions about the site.
Comment  |
Email This  |
Print  |
RSS
More Insights
Webcasts
The Failures of Static DLP and How to Protect Against Tomorrow's Email Breaches
Protecting Your Enterprise's Intellectual Property
More Webcasts
White Papers
2020 SANS Enterprise Cloud Incident Response Survey
Full Body Exposure: CybelAngel Analysis of Medical Data Leaks
More White Papers
Reports
Assessing Cybersecurity Risk in Todays Enterprises
Are Unprotected Cloud Databases Leaking Your Data?
More Reports

I'm with you, Chris.  It's hard to see that someone with 30 years in IT at Ford followed by two demanding CIO jobs for Michigan and California governments should be faulted for thinking it's time to look for something less demanding than hearding DOD technology into the new world order.  She's served 3 Secretary's of Defense and stayed twice the length of the usual appointee tenure in a brutal role--plus she persuaded Rob Carey to leave the CIO of the Navy job to become her deputy.  Doesn't seem very suspicious to me that it's time to turn over the challenges to someone new.
Reply  |  Post Message  |  Messages List  |  Start a Board

You may be right, of course, but she's been in a very difficult government job for 3+ years. Her roots are more in state government than federal, and the DoD job is about as sprawling as it gets.
Reply  |  Post Message  |  Messages List  |  Start a Board

I know am going to sound like a conspiracy theorist when I say this but there might be something fishy behind Teri's resignation from the department of defence. It is interesting to note that this article makes no mention of her reasons for leaving her post; maybe if it did the question of her motives for doing so would not have been raised. Even more interesting is the fact that her resignation follows closely on the heels of another resignation by a senior employee of the DoD.
Reply  |  Post Message  |  Messages List  |  Start a Board
Editors' Choice
Hot Topics