Facebook CEO Mark Zuckerberg wants to deliver universal Internet access by 2020, but one of the biggest beneficiaries of that is his own social media site. 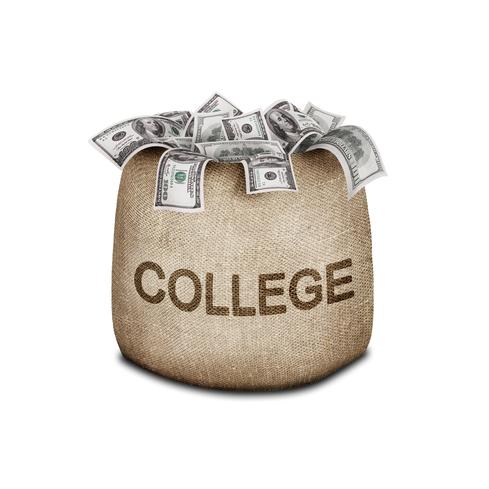 This was the weekend that was.

The Prime Ministers of China and India were taking meetings with political and tech leaders on both coasts, the Pope was running a rock star tour, the moon went into eclipse, and Facebook CEO Mark Zuckerberg addressed the United Nations.

Zuckerberg talked about the Internet, of course.

"Connecting the world is one of the fundamental challenges of our generation," Zuckerberg said to the Forum. "More than four billion people don't have a voice online."

Earlier in the day Zuckerberg endorsed the ONE campaign, which is an international advocacy organization founded by U2 front man Bono. Its "Connectivity Declaration" states that Internet access is "essential for achieving humanity's goals." ONE wants to get the Internet to everyone on Earth by 2020. 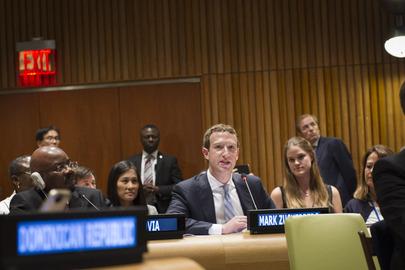 There was no mention made of how it would be financed.

ONE says it is supported by such celebrities as Bill and Melinda Gates, Richard Branson, Arianna Huffington, Shakira, George Takei, and Charlize Theron in its efforts. Facebook posts that are linked to these people seem to confirm their support.

Zuckerberg also noted that Facebook is going to partner with the UN High Commissioner for Refugees in order to bring Internet access to refugee camps worldwide.

Some skeptics have expressed the thought that hotspots in refugee camps would be a great hi-tech way to track their movements.

Zuckerberg and Bono took their call for connectivity to the op-ed page of the New York Times on Sunday, Sept. 27.

The two got surprisingly realistic for a moment when they said, "It's one thing to say we should connect the world. The real trick is how. There's no simple solution or silicon bullet."

Indeed, the UN's broadband commission annual report for 2015 (which was written by the International Telecommunications Union and UNESCO) noted that internet growth is starting to slow down.

[Read about Sprint backing out of the FCC's spectrum auction.]

Extending the Internet's reach has long been on Zuckerberg's agenda.

The Internet.org initiative founded by Zuckerberg in 2013 this week renamed its mobile and Web app and expanded encryption for users. While seemingly altruistic, Internet.org is not net-neutral, since it pours its users into only approved sites (such as Facebook) and limits general access.

Larry Loeb has written for many of the last century's major "dead tree" computer magazines, having been, among other things, a consulting editor for BYTE magazine and senior editor for the launch of WebWeek. He has written a book on the Secure Electronic Transaction Internet ... View Full Bio
We welcome your comments on this topic on our social media channels, or [contact us directly] with questions about the site.
Comment  |
Email This  |
Print  |
RSS
More Insights
Webcasts
Bolstering Your Enterprise Cyber Risk Assessment
Disaster Recovery/Business Continuity in the New Normal
More Webcasts
White Papers
Why Energy Management is Critical to 5G Success
Case Study: Midwest Bank Gains Threat Visibility & Control with Bandura
More White Papers
Reports
Future Proofing Your Network for 5G
Planning Your Digital Transformation Roadmap
More Reports

I would term internet.org more self-interested than malicious.

It violates pure net neutraility, sure. But it may get connectivity going where there was none before.
Reply  |  Post Message  |  Messages List  |  Start a Board

Although, I have been told that in India Facebook acts as the local OK Cupid. Facilitating hookups is a noble act, isn't it?

I keep wondering on that day when we are all linked together, what will we say?
Reply  |  Post Message  |  Messages List  |  Start a Board

Zuckerberg wants everyone on the Internet so they have a chance to sign up as Facebook users. But it doesn't automatically follow that use of Facebook (and other Web technologies) is the same thing as the advancement of mankind. We will witness some of the social technology advances put to nefarious uses as well as good ones.
Reply  |  Post Message  |  Messages List  |  Start a Board
InformationWeek Is Getting an Upgrade!