The Obama administration has launched a series of open data initiatives to make information across a variety of areas such as health, energy, climate, and public safety more accessible to federal agencies and citizens, a top White House official said.

These projects are an outgrowth of the administration's ongoing Open Government Initiative, which is using open data standards to make the vast amounts of government data more accessible, Nick Sinai, deputy chief technology officer for the White House Office of Science and Technology Policy, explained at a recent government/industry symposium on data transparency.

[Commentary from Sen. Mark Warner: ICANN: Reforms Needed Before US Hands Over Control.]

To help federal agencies carry out President Obama's May 2013 executive order on open data, the White House's Open Government Initiative website discusses the administration's approach to open data and also provides free code and software to help agencies implement the executive order, Sinai said, adding that these efforts go beyond making data "liquid" at the point of dissemination. "It's really about using information as a strategic asset." 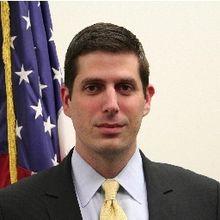 Because governments inventory everything from warships to office chairs, there is a need to inventory data because it is a precious asset that can be reused in a variety of ways, Sinai said. This is at the heart of the executive order and the related open data policy -- managing information as a strategic asset that is open and machine-readable in its default mode.

To support these efforts, the Data.gov site was relaunched in 2014 using open software and an open design. Besides this site, Sinai noted that the White House continues to use open data in a variety of ways. For example, at the recent United Nations climate summit President Obama announced the availability of new tools and data to help study global climate change. "We recognize that data is a national asset and that data is 21st century infrastructure," Sinai said.

At the agency level, the Food and Drug Administration has launched a website that allows citizens to look up adverse reactions to medications. This information was traditionally released as a quarterly report, Sinai said, which had some internal issues with its data. At the White House's Health Datapalooza in 2014, the FDA launched an application program interface (API) to allow citizens to search for reports on adverse reactions to medications and medical product recalls. Within several weeks, the API received over one million hits from more than 20,000 unique IP addresses.

Open data also helps medial patients make better decisions. For example, Medicare, Medicaid, and the Department of Health and Human Services recently released data on what hospitals charge for common inpatient and outpatient procedures. The site's data found major differences in services such as hip replacement surgery, Sinai noted, where the operation could cost $82,000 at one hospital and $120,000 at a hospital a few miles down the road. He added that this service got the attention of major national press outlets, such as the New York Times.

The National Oceanic and Atmospheric Agency collects about 20 terabytes of data every day, Sinai continued, but it can make only 10% of this information available online. The agency wants to use open data methods to make the other 90% of this data available. NOAA recently released a request for information for technologies/services to make its data more accessible.

Another way open data is helping the public is through a variety of commercial sites and services. For example, Zillow is an online service that helps users look for housing. One category on the site allows users to look at neighborhood schools. The data for this section is provided by a nonprofit organization called Greatschools, which collects it from the Department of Education. Sinai cites this as an example of how companies use open government data to collect and provide information, which helps run the digital economy. "We believe that open data is good for the economy and good for America," he said.

Henry Kenyon is a contributing writer to InformationWeek Government. He has covered Government IT and Defense markets since 1999 for a variety of publications including Government Computer News, Federal Computer Week, AFCEA's Signal Magazine and AOL Government. View Full Bio
We welcome your comments on this topic on our social media channels, or [contact us directly] with questions about the site.
Comment  |
Email This  |
Print  |
RSS
More Insights
Webcasts
People Are The Most Important Part of Autonomous SOC
Optimizing App Performance in the Cloud
More Webcasts
White Papers
Sunburst: Impact and Timeline
Enabling Enterprise Resiliency Through Cyberthreat Detection
More White Papers
Reports
Are We Cyber-Resilient? The Key Question Every Organization Must Answer
How IT Security Organizations are Attacking the Cybersecurity Problem
More Reports

My hope is that the open data initiatives help more people warm up to data and set the stage for improved learning. According to a recent SAS survey, only 11 percent of organizations see themselves as highly capable of knowing which questions to ask. Familiarity and openness could only help improve this situation.

More Informa Tech Live Events
Zero Trust for a Work-From Home WorldCybersecurity's Next Wave: What You Should KnowStrategies for Success with Digital Transformation