As reported June 22, Google is close to but not inside the "Leaders" square of the Gartner Magic Quadrant on IaaS. Will Google join Microsoft and Amazon Web Services one day as a cloud leader? "Absolutely," says Diane Greene, 19 months into her role as a senior VP at Google, also known as the Google cloud chief.

"Google infrastructure is absolutely phenomenal. The talent we have, the engineering we have, the resources we have mean it's just a matter of time" until enterprises want to be on the Google Cloud as well as the other cloud leaders," Greene said in an interview. But will that be enough?

Greene is the CEO who guided VMware through its early years in establishing virtualization in the enterprise data center. The VMware board replaced her in 2008 with Paul Maritz, a veteran Microsoft executive, at a time that the company was bracing for competition from Microsoft's Hyper-V. She worked as an investor in Cumulus Networks and Datrium,and advisor to various startups before being tapped as the person to boost Google's cloud initiative. She is also a member of the Google board.

Google hasn't been known for offering the same breadth of services as AWS and Microsoft, but Google is just beginning to play a number of cards to help bring about that transition, she said. "Our strength today is security. We have enterprise-level user access, identity management… customer-supplied encryption key management. We have 750 full time engineers" dedicated to secure operations and helping customers achieve the same with their own applications. "Every layer of the system needs to be secured," she said.

Want to see one area where Google can challenge AWS and Microsoft for leadership? See Google Assistant Superior But Alexa Owns Households.

Machine learning is another area of budding strength, according to Greene. Google's Machine Learning is a neural net-based system using models that can learn quickly from large scale machine data fed into them. Customers can use the machine learning service to power Google- supplied models to obtain deep learning or build their own machine-learning models, using the Google Machine Learning Engine.

Greene said Google is also capable of supplying top data handling tools, such as the BigTable, Google's NoSQL system for storing unstructured data, BigQuery analytics database as a large-scale, managed service, and both MySQL and PostgreSQL as supported relational systems.

There's also the Cloud Spanner cross-cloud relational system. Spanner is the "first truly SQL-compliant, transaction-processing, fully distributed database system in the cloud," Greene said. It can manage transactions and synchronize data as orders are executed at the same time in California and Frankfurt. "You can deposit money in California and withdraw it in Frankfurt at the same time and insure there will be no overdraft. Spanner auto shards the data, keeps it consistent and operating as a high volume, low latency system" over the private line, fiber optic cable that Google has established between its cloud data centers.

Google is also partnering with SAP to make the high-speed, in-memory system, SAP HANA, available as a managed service from Google cloud centers. 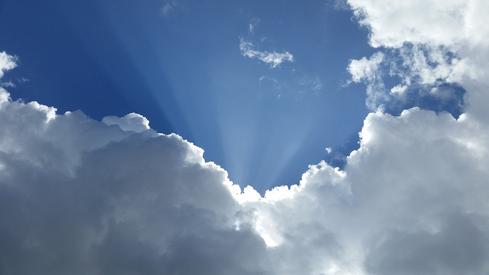 When it comes to database services, "We have almost anything you want. If we don't have it, it's in our roadmap. I'm impressed with the way we've caught up on table stakes."

Greene said Google is trying to move beyond plain vanilla infrastructure as a service on which it's already earned its stripes to the services that will help companies execute their own digital transformations.

Google Cloud Functions, the answer to AWS' Lambda service, are rich enough to allow some cloud-native applications to be composed on the Cloud Platform and execute there, simply by calling up functions as they're needed. Those applications could make use of advanced services such as Google Vision for visual analytics; Google Video for YouTube-like video hosting; and Google Speech Translation for automated capture of speech as text.

Google has also produced its own numerical computation based on data flow graphs, called TensorFlow, which allows specialized data flows to be captured from many points and poured into a machine learning system. Google has made specialized processes available for machine intelligence in financial services, health care, gaming, energy, mobile apps and media, among others, Greene said.

The Google Cloud Platform "is how we bring everything we've done (internal operations) to everyone else," she said.

Charles Babcock is an editor-at-large for InformationWeek and author of Management Strategies for the Cloud Revolution, a McGraw-Hill book. He is the former editor-in-chief of Digital News, former software editor of Computerworld and former technology editor of Interactive ... View Full Bio
We welcome your comments on this topic on our social media channels, or [contact us directly] with questions about the site.
Comment  |
Email This  |
Print  |
RSS
More Insights
Webcasts
Making XDR Work in Your Enterprise - May 12
Data Center Network Operations (NetOps) Reimagined
More Webcasts
White Papers
Global software company contracts with CBTS for Virtual CISO
The InformationWeek 2021 State of ITOps and SecOps Report
More White Papers
Reports
The State of CCPA 2021
The State of Endpoint Security
More Reports
Copyright © 2021 UBM Electronics, A UBM company, All rights reserved. Privacy Policy | Terms of Service