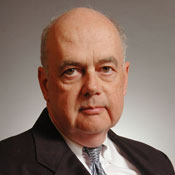 You buy a server, you pay tax once. You buy AWS capacity, you may pay over and over. Should taxes be the latest decision point in the in-house vs. cloud conversation?

Tax laws are always a few beats behind technology. Interstate telephone calls were taxed based on the billing address of the phone customer and the location at the end of some copper wire of sending and receiving equipment. Now one end of a call may be on a subway line, the other in an airplane traveling from Boston to Paris. Who gets to tax it?

The latest conundrum: Both business-to-business and business-to-consumer transactions are moving to the cloud, and some startups are putting all of their IT infrastructure in provider sites. How, in an integrated 50-state economy, are tax concepts supposed to deal with this in a way that's practical and doesn't become an unfair burden for any entity? Of course, all computing takes place on servers that are physically located somewhere. Maybe you hire a cloud provider to store company records. You may not know where those records are at any given moment. The storage vendor may not know either, because it maintains server farms in multiple states or countries.

People thinking about how to tax cloud computing generally break it down into paradigms that roughly track the standard SaaS/IaaS/PaaS model. However, that's where standardization ends.

Old-fashioned transaction taxes generally source sales to customer location. Subject to jurisdictional constraints, if you run a furniture store in North Carolina that ships products all over the country, you generally collect tax based on destination.

But in cloud computing, there is no physical thing whose destination can be tracked. So where should transactions be sourced? Three obvious possibilities: the location of the vendor, the server location and the billing address of the customer.

There are two problems with approach No. 1. First, the vendor may have facilities and staff in multiple states or countries, and it may do whatever it does to generate or complete a sale in more than one place. Second, this approach creates a strong incentive for in-state purchasers of cloud computing to buy services from vendors located outside the state.

Approach No. 2 has many adherents among state governments, but it's also flawed. It permits vendors to avoid tax by using servers located in jurisdictions that have no sales tax, like New Hampshire or Oregon. And in some cases, the vendor may not even know where the server doing a given processing function is located.

Approach No. 3 is simple and easy to audit, but it's also highly subject to manipulation. A vendor and purchaser can "conspire" to have bills sent to a state that either doesn't tax the transaction or uses a different sourcing principle.

Because of these problems, as efforts to tax cloud computing proliferate, the sourcing methodology most likely to be embraced is based on location of use of the products and services sold. There is precedent for this approach in the taxation of electronically distributed software by a number of states.

But how clear is it where SaaS or data processing or storage services are used by a multistate business? Certain kinds of enterprise-wide software are naturally considered to be used in proportion to employee head count in a state, because virtually everyone in the company uses the software. But other software with a more limited function -- CAD/CAM, sales force support or accounting support, for example -- may be used more sporadically and by a more fluid cast of employees. The same could be said of data storage and data processing services.

Some states have addressed this problem by claiming to accept any reasonable method for apportioning use of computer services by a purchaser as long as the method is consistently applied. The danger here is that the states will "chase the cloud" by applying rules that, while based on use, define the location of that use variously. Because states generally don't offer a credit for a use tax paid in another state, this could easily lead to systematic taxation of the same services in multiple states.

This kind of multiple taxation generally does not violate constitutional principles and therefore is immune from attack on those grounds. But the problem cries out for a solution that imposes uniformity across the states in the sourcing methods to be applied, or at least a common sourcing "safe harbor" that states will be forced to accept. That sort of solution requires congressional action, however, and in the fractured political environment in which we find ourselves, a congressionally imposed solution to a taxation issue could be a long time coming.

Whether you are a provider or a consumer of cloud services, monitor your exposure to sales and use taxes, especially in the states where you have a significant presence. It's also a good idea to get involved in industry or tax associations, whether they be focused on local issues, like the Associated Industries of Massachusetts, the Massachusetts High Technology Council or similar groups based in your state, or national organizations, such as the Council on State Taxation or the Tax Executives Institute.

We welcome your comments on this topic on our social media channels, or [contact us directly] with questions about the site.
Comment  |
Email This  |
Print  |
RSS
More Insights
Webcasts
Detecting and Preventing Insider Data Leaks
People Are The Most Important Part of Autonomous SOC
More Webcasts
White Papers
Sunburst: Impact and Timeline
DevOps Guide to Terraform Security
More White Papers
Reports
The State of DevSecOps Report
The State of Threat Detection and Response
More Reports

Having the tax follow the billing address of the customer would send lots of people in my home state of Massachusetts offline, and over the border to a physical store in New Hampshire.
Reply  |  Post Message  |  Messages List  |  Start a Board

Thankfully, the cost of owning and maintaining the hardware is decreasing with every passing year. With Open Source PaaS like www.appscale.com, www.flynn.org, etc. It's making it easier to avoid the pitfalls of a public IaaS/PaaS.
Reply  |  Post Message  |  Messages List  |  Start a Board

And that is the main problem. If all states would charge the same sales / value added / use tax and municipalities or counties could not tack on additional taxes to that then the math and with that the administration would be much easier. And it truly would level the playing field.
Right now, I live in a county that charges overall 1% more tax than the county next door. Places like Montana do not charge anything and some places in New Mexico charge as high as 15%.
The state centric, narrow minded, everybody does something different taxation approach just doesn't work for a global anywhere model. State and federal governments need to come together and figure this out first before putting taxes on services. Otherwise we all share the same PO box somewhere in Montana...
Reply  |  Post Message  |  Messages List  |  Start a Board

And then we could send our virtual military to keep the Suez Canal open, and virtual FDA inspectors could protect us from contaminated baby formula? Seriously, everyone wants services, no one wants to pay for them. It's human nature, but not practical in the real, messy world.
Reply  |  Post Message  |  Messages List  |  Start a Board

Hi Laurianne. For providers the least painful approach is to take a certificate from the purchaser taking responsibility to pay the use tax. But not all states will go with that kind of system. Absent that, the least painful approach would be to have the tax follow the billing address of the customer, but as I said, they'll be resistance to that because it's subject to manipulation. Thanks for reading!
Reply  |  Post Message  |  Messages List  |  Start a Board

I think likely the former Lorna, because Congress doesn't like to tread on the discretion of the states to raise money; it's very sensitive. "Patchwork" is a good way to put it!
Reply  |  Post Message  |  Messages List  |  Start a Board

In a virtual world, maybe we should all just pay virtual taxes.
Reply  |  Post Message  |  Messages List  |  Start a Board

Interesting to note, attorney's for Microsoft have been working behind the scenes with a number of international players trying to work out ways to address outdated laws concerning data storage and privacy rights when data moves from country to country on cloud servers. Add to that outdated tax laws too.
Reply  |  Post Message  |  Messages List  |  Start a Board

Joe, Do you think cloud taxation will end up a state-by-state patchwork, or will the federal government get in on it?
Reply  |  Post Message  |  Messages List  |  Start a Board
Editors' Choice
Hot Topics