50%
Tweet
The genius mathematician who created Boolean algebra and symbolic logic is regarded as the father of the information age gets a Google Doodle for his 200th birthday.

Google celebrated what would have been mathematician George Boole's 200th birthday today with an animated Google Doodle of his logic gates, which paved the way for the information age. His binary "Boolean" system serves as the underpinnings of computer code (including what powers Google search) and digital devices.

In his An Investigation of the Laws of Thought on Which Are Founded the Mathematical Theories of Logic and Probabilities, written in 1854 while he was the first Professor of Mathematics at the University College Cork, Boole outlined his codification of "Boolean logic".

The book's purpose was "…to investigate the fundamental laws of those operations of the mind by which reasoning is performed…" he wrote.

Boole, who was born November 2, 1815, in Lincoln, England, and died December 8, 1864, in County Cork, Ireland, expressed high hopes for the book. He told William Thomson (later Lord Kelvin) in 1851, "I am now about to set seriously to work upon preparing for the press an account of my theory of Logic and Probabilities which in its present state I look upon as the most valuable if not the only valuable contribution that I have made or am likely to make to Science and the thing by which I would desire if at all to be remembered hereafter…"

And it is, indeed, what he is remembered for.

However, The Laws of Thought was not developed in a vacuum. Charles Babbage had been developing his mechanical computer called the Analytic Engine since the 1830s.

But others from Aristotle to Leibniz, Pascal, and Babbage had been seeking a way for mathematics to handle thought processes. Mathematician and logician Augustus De Morgan and the Scottish philosopher and metaphysician Sir William Hamilton were engaged in a dispute about all of this right when Boole wrote his famed book. Boole came up with was a formulation that synthesized the approaches of both De Morgan and Hamilton. 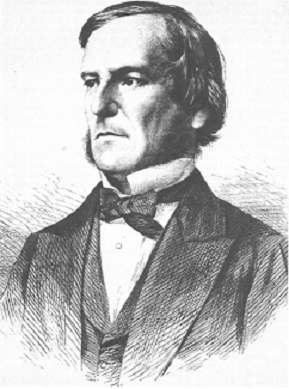 But it was not until more than 70 years after Boole's death that American mathematician Claude Shannon recognized the importance of Boolean logic for circuit design.

While Shannon was studying at MIT in 1937, he had to program the gears of a mechanical computer called the Difference Analyzer when they needed to be changed in order to solve different problems.

He thought that relays could do this work. While he was working on that thought, he attended a philosophy class which introduced him to Boolean algebra. He commented some time later, "It just happened that no one else was familiar with both fields at the same time."

Shannon saw that the binary character "yes/no" or "one/zero" of Boolean logic was a template-in-abstraction of electrical switching circuits. It became the subject of his 1937 master's thesis, "A Symbolic Analysis of Relay and Switching Circuits," which laid the foundation for modern-day digital electronics.

Boole's Google Doodle had worldwide reach, except in the US, where the Day of the Dead Doodle ran instead, according to Google's Doodle Reach map.

Larry Loeb has written for many of the last century's major "dead tree" computer magazines, having been, among other things, a consulting editor for BYTE magazine and senior editor for the launch of WebWeek. He has written a book on the Secure Electronic Transaction Internet ... View Full Bio
We welcome your comments on this topic on our social media channels, or [contact us directly] with questions about the site.
Comment  |
Email This  |
Print  |
RSS
More Insights
Webcasts
Building and Refining Threat Hunting Practices in Your Enterprise
Securing Active Directory the Way it Deserves
More Webcasts
White Papers
Wired vs. Wireless LAN Solution
NDaaS 101
More White Papers
Reports
Online Threats -- and What Your Org Can Do About Them
[Special Report] Remote Network Management
More Reports

Maybe just the obivious regional one.

Boole was British. They got that doodle.

And I must admit it was relaly well done.
Reply  |  Post Message  |  Messages List  |  Start a Board

How often does one get to string together 3 different woords with double o in the title?  I was wondering why I hadn't seen it but see the explanation here: we got the Day of the Dead doodle in the US instead. Interesting assumption about cultural priorities based on regions at work.
Reply  |  Post Message  |  Messages List  |  Start a Board
Editors' Choice
Hot Topics

More Informa Tech Live Events
Enterprise Database Strategies for 2020Now That Ransomware Has Gone Nuclear, How Can You Avoid Becoming the Next Victim?Securing Active Directory the Way it Deserves