In an announcement that could have far-ranging implications for websites of all sizes, Google said that it would place even more emphasis on mobile search, especially in the ways the company's algorithm ranks sites.

Google has announced a shift to its search index that could have significant consequences for websites of all sizes.

The Nov. 4 blog post, "Mobile-Indexing First," is the latest effort by the search giant to adjust its search algorithm to a world where more people are searching through their smartphones rather than traditional PCs, such as desktops and laptops.

"To make our results more useful, we've begun experiments to make our index mobile-first," according to the post, which appeared on Google's Webmaster Central blog. While Google will continue to create a user experience that takes into account people viewing web pages on PCs, it's a site's mobile version that will start to determine its rank, as well as allow Google's algorithm to "understand structured data, and to show snippets from those pages in our results."

For over a year, Google has started to emphasize mobile over desktops in determining how it indexes and ranks websites of all sizes. The shift made developers and even IT departments change their approach to designing sites. This can affect not only the site itself, but also the entire advertising infrastructure tied to websites that Google supports. 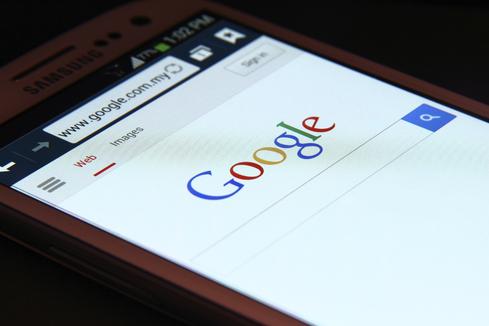 In April 2015, Google announced that its search algorithm would add greater weight to those sites that offer mobile-friendly versions. The company even supplied a tool to help businesses check if their sites met the new criteria. A month later, Google released a study that showed smartphones had overtaken desktops as the primary way people searched for content on the web. The findings backed up Google's assertion that mobile, not desktop, search should be prioritized, and that there was a need to adjust to this new user preference.

In its Nov. 4 blog post, Google admitted that the changes it's making will be small-scale at first, but that these would become more prominent over time.

[Read about the problems in the mobile market this year.]

The good news for websites that already have a responsive or dynamic serving design is that developers won't have to change anything to meet the new Google requirements.

However, for those developers and IT pros who are not sure if the website they are responsible for meets these new requirements, Google offered a number of pointers, including:

The blog post offers other pieces of advice, but notes that the process is only beginning.

If a company only has a desktop site, Google will continue to index that desktop site, even if Google is using a mobile user agent to view the site.

@BrianP985: I think you hit everything right on the head with your comment. When I was writing the article up, I was thinking about the affect it will have on small businesses. A large company can adjust to Google's ever-changing demands, but it's small firms that have to really keep an eye on this. You also have really good points on making websites more secure.
Reply  |  Post Message  |  Messages List  |  Start a Board
InformationWeek Is Getting an Upgrade!