Google has released its Cardboard Camera app, which looks to bring the company's VR experience to Android-based smartphones.

Google is giving an extra dimension to its Cardboard VR viewer with the release of its Cardboard Camera app, which promises to turn the user's smartphone into a virtual reality device.

The Android-only app was announced on the Google blog Dec. 3 by Carlos Hernandez, a software Engineer for Cardboard Camera.

The Cardboard Camera app will capture a 360-degree view photo when the smartphone is rotated, and replay it as a 3D scene in the Cardboard viewer, according to Google. Sounds are also captured and replayed when the scene is viewed.

Images seem to range from about 4MB to 10MB, and are output in .JPEG format. There is no current way to share the output of the app.

The app only works from left to right in a portrait mode, with no up-and-down viewing possible. 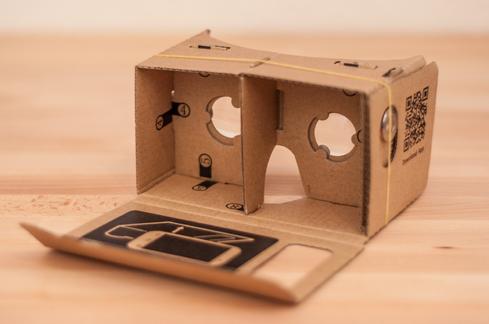 The 33MB app requires Android 4.4 or higher to work. However, it requires no account signup to function. Right now, Camera is available on Google Play, and the company finds that it has been downloaded between 1,000 and 5,000 times so far, and it's only been available since Thursday.

One user, while giving it a five-star rating, wondered about its focus. As he put it, "I'm not sure how this is different from the surround shot mode on my S6 + Google cameras. They do 360° pics in 3D too."

Other users found glitches as well: "My only complaint is that it has some weird bugs, like sending my phone to the lock screen while processing as well as making my whole phone unresponsive until it's done."

Still, those users still rated it as five stars.

First introduced in 2014, Cardboard has always been focused on the low end of VR experiences. It has a very low cost of entry to it, compared to alternate systems.

[Read what Amazon is doing with AR.]

However, even though Cardboard looks to democratize the VR experience, it may also serve to give users a poor first impression of how virtual reality works, especially when the technology is paired with a much more sophisticated system.

Yet, there is a pull from businesses like the New York Times with its NYT VR app to jump on this low-end platform. The app uses about 150MB of images for a 5-minute movie, allows up and down viewing along with side -to-side, and can be used on a smartphone even if the Cardboard viewer is not present.

Larry Loeb has written for many of the last century's major "dead tree" computer magazines, having been, among other things, a consulting editor for BYTE magazine and senior editor for the launch of WebWeek. He has written a book on the Secure Electronic Transaction Internet ... View Full Bio
We welcome your comments on this topic on our social media channels, or [contact us directly] with questions about the site.
Comment  |
Email This  |
Print  |
RSS
More Insights
Webcasts
Making XDR Work in Your Enterprise - May 12
Data Center Network Operations (NetOps) Reimagined
More Webcasts
White Papers
Cisco Threat Response
World Wide Technology: Digital Transformation Customer Journey
More White Papers
Reports
Protection Strategies for a Cyber-Resilient Organization
The State of Endpoint Security
More Reports

Yeah, the camera is the input for the viewer.
Reply  |  Post Message  |  Messages List  |  Start a Board

Well, it wont add to a reality like AR does.

It replaces it. So, all the content is on the screen; not in front of your eyes.

I'm wondering where it's useful in this lowend form.
Reply  |  Post Message  |  Messages List  |  Start a Board

OK, but what would you use it for? Business or personal pictures?
Reply  |  Post Message  |  Messages List  |  Start a Board