Salesforce Deal: Who Could Buy It? - InformationWeek

A report sparked widespread speculation about the future of Salesforce. Is it ripe for acquisition, and, if so, which tech giant might buy it?

Windows 10: Your PC Is Headed For The Cloud
(Click image for larger view and slideshow.)

A storm of media and tech industry speculation about the future of Salesforce.com was stirred up by a BloombergBusiness report on Wednesday that said the software-as-a-service (SaaS) giant is working with an investment bank.

According to Bloomberg, the company "is working with financial advisers to help it field takeover offers after being approached by a potential acquirer."

Nothing excites tech imaginations like the potential of an industry powerhouse potentially being swallowed up in an acquisition by an even larger firm. Pretty much all the companies that might have resources to make such a deal – including Oracle, SAP, and Microsoft – were fair game for informed speculation.

Many of the incumbent software giants are busy implementing cloud computing strategies. Gartner places Salesforce with 16% of the CRM market, followed by SAP with 13%, Oracle with 10%, and Microsoft with 7%.

"The whole idea is that best-of-breed wins the day," said Martin Wolf, who runs the Martinwolf M&A firm in Walnut Creek, Calif. That is certainly true of Salesforce. But Microsoft's principal products, Windows and desktop apps, are in a difficult environment. The company wants to migrate its product offering to the cloud. Buying Salesforce "is one way to accelerate it, but it is fraught with risk," Wolf noted. "It would shake up the industry like you would not believe."

Other analysts noted that Microsoft certainly has the cash to finance the acquisition. (Saleforce's market valuation hit $49 billion at close of trading Wednesday.)

What makes a Salesforce-Microsoft hookup fodder for speculation is Microsoft's sales channel infrastructure and customer relationships, Wolf added. Acquiring Salesforce would give Microsoft a product to sell to its installed base, once the work of integrating product lines and sales offerings is completed.

This is similar to the rationale other software companies have used to justify previous acquisitions of SaaS firms. Three years ago Oracle bought RightNow Technologies for $1.5 billion, and Taleo for $1.9 billion. SAP picked off Successfactors for $3.4 billion, and IBM snapped up DemandTec for $440 million.

The acquiring firms picked up the technology they lacked, while at the same time introducing that technology to large installed bases of corporate customers. 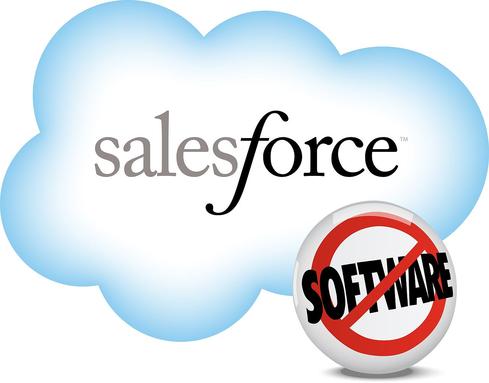 We're probably getting a little ahead of ourselves, here, but if Microsoft were to acquire Salesforce -- which has a very distinctive corporate culture and a hot talent pool -- it would need to do as Wolf says: "Keep the mojo and focus on the goal. If they lose [Salesforce] people, it will be destroyed."

One poster child for a botched acquisition was Oracle's buyout of Peoplesoft in 2005. There are other cases where it has worked, notably IBM and Lotus, as well as IBM and Tivoli. In the case of Tivoli, sales of its products rose from $100 million to $700 million in its first year as an IBM subsidiary, Wolff noted.

As far as other potential Salesforce buyers, Oracle has pretty much said "no," according to Wolf. Hewlett-Packard is in the middle of splitting off its hardware divisions from its software and cloud efforts. It probably lacks the resources to pursue this division and buy a major company at the same time. IBM is also a possible candidate, as it tries to refocus on cloud and services. But IBM is hampered by five years of trying to pay investors $20 per share earnings, at the cost of selling off other units, layoffs, and trimming R&D.