Microsoft held its annual Worldwide Partner Conference and announced a new partnership with GE. A critical Windows security patch is announced. A look at Windows 10 and Surface subscriptions.

9 Digital Tools For A Productive Summer
(Click image for larger view and slideshow.)

On the first day of keynotes Monday, Microsoft announced a new collaboration with General Electric (GE) focused on the industrial cloud. The two companies said they plan to make GE's Predix platform available on Microsoft Azure so that customers can collect data from industrial assets and use Microsoft's enterprise cloud apps.

Predix is a platform and operating system built for the industrial internet. Organizations in the industrial space can use it to build apps that integrate with industrial assets, collect and analyze data, and generate real-time information to optimize their industrial infrastructure.

The goal of this project is to help customers collect data from industrial assets and use Microsoft's enterprise cloud apps. It also signifies a major step forward for companies as they navigate the rapid growth of IoT.

Microsoft has also teamed up with IBM and Booz Allen Hamilton as part of an extension on its Surface Enterprise Initiative. Both organizations plan to create industry-specific solutions for Windows 10 on Surface.

IBM will leverage its expertise in analytics and enterprise apps to create software for businesses in the financial services and consumer packaged goods (CPG) industries. The idea is to address challenges specific to these companies, help them become more mobile, and blend their existing infrastructure with Universal Windows apps.

Booz Allen Hamilton will build secure solutions for businesses in government, the public sector, and the healthcare industry. It aims to address these organizations' specific needs related to app security and compatibility.

In other WPC news, enterprise users will now have access to new subscription service options for Windows 10 and Surface.

Microsoft aims to broaden the business user base of Windows 10 with the new Windows 10 Enterprise E3, which will be available via its Cloud Solution Provider (CSP) Channel. Its goal is to provide licensing and IT needs to companies with few IT staff or without dedicated IT resources.

CSP partners will have the option to offer a subscription to Windows 10 Enterprise Edition as part of a broader managed service offering. Through these partners, customers can purchase Microsoft's "full IT stack" and access Office 365, CRM, Windows 10, and Dynamics.

Benefits of this option will include stronger security, device configuration and management by a partner with experience in Windows 10 and cloud deployments, lower upfront cost, and the chance to upgrade from Windows 10 Pro without rebooting. 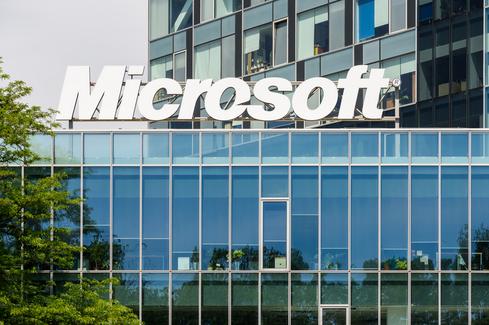 Microsoft said it plans to release Windows 10 Enterprise E3 later this fall. The service will cost $7 per user per month.

The app is now available for testing. Users who download it will be able to place calls to people who are using the latest versions of Skype on Windows, iOS, Mac, and Android. The app cannot be used to make or receive calls to or from people with the previous version of Skype for Linux (4.3.0.37).

Microsoft has also launched an Alpha version of Skype based on webRTC for Chromebook and Chrome. Testers can access web.skype.com and place one-on-one or group voice calls, beyond using their current messaging features.

On July 12, Microsoft announced a patch for a critical security flaw affecting all versions of Windows. If exploited, the remote code execution vulnerability would have let hackers view, edit, or delete data, install programs, or create new accounts with full user rights. The patch is available via Windows Update.

In other news, Microsoft won a landmark case against the federal government after the US Court of Appeals for the 2nd Circuit ruled that the company did not have to comply with a request by prosecutors to turn over email stored in a data center in Ireland.

Kelly Sheridan is the Staff Editor at Dark Reading, where she focuses on cybersecurity news and analysis. She is a business technology journalist who previously reported for InformationWeek, where she covered Microsoft, and Insurance & Technology, where she covered financial ... View Full Bio
We welcome your comments on this topic on our social media channels, or [contact us directly] with questions about the site.
Comment  |
Email This  |
Print  |
RSS
More Insights
Webcasts
Securing and Monitoring Networks in the 'New Normal'
The Failures of Static DLP and How to Protect Against Tomorrow's Email Breaches
More Webcasts
White Papers
Improving Your Enterprise's Protection With Cyber Resilience
2020 Gartner Market Guide for Network Detection & Response
More White Papers
Reports
How Data Breaches Affect the Enterprise (2020)
Special Report: Understanding Your Cyber Attackers
More Reports

"Through these partners, customers can purchase Microsoft's "full IT stack" and access Office 365, CRM, Windows 10, and Dynamics.

Microsoft said it plans to release Windows 10 Enterprise E3 later this fall. The service will cost $7 per user per month."

Will this replace the current E3 license?  I had no idea that Microsoft was adding CRM or any of the Dynamics packages to these plans.  If that is indeed the case, then this is great news for a lot of medium sized businesses.  The pricing doesn't seem different than the current E3 licensing so it sounds like Microsoft may be adding services to sweeten the cloud based licensing plans.

More Informa Tech Live Events
The Failures of Static DLP and How to Protect Against Tomorrow's Email BreachesProtecting Your Enterprise's Intellectual PropertyBuilding the SOC of the Future: Next-Generation Security Operations