Apple kicked off its Worldwide Developers Conference with the debut of iOS 10, watchOS 3, tvOS, and the newly renamed macOS Sierra.

Apple CEO Tim Cook and a team of Apple execs kicked off this year's Worldwide Developers Conference (WWDC) Monday with announcements and demos of iOS 10, tvOS, watchOS 3, and the successor to its OS X 10.11 El Capitan operating system for the Mac, branded macOS Sierra.

Prior to its biggest conference of the year, Apple has been under pressure to deliver. The company recently reported its first quarterly decline since 2003, and iPhone shipments have fallen along with global smartphone sales.

While Apple is still profitable and a consumer favorite, many have begun to question the company's ability to innovate. WWDC announcements were expected to include more openness to developers and updates to software and services across platforms.

The two-hour keynote packed some interesting updates for the developer audience. As anticipated, software took the spotlight as attendees learned about major updates to watchOS, macOS, tvOS, and watchOS. All updates will be available to developers starting today, as public betas in July, and in full release this fall.

[Rumor has it: MacBook Pro 2016 could replace the MacBook Air.]

What's included in Apple's latest software? Here's an overview of everything we learned during the morning keynote:

Performance updates are core to watchOS 3. Apps are launched instantly and updated in the background, with favorite apps stored in-memory. Apple has also added a Control Center to the Watch face, accessible by swiping up from the bottom.

The side button is now called the Dock button; pressing it will display live apps. You can swipe through all live apps, including third-party apps, to view most recent data. An "Activity" watch face lets you view fitness stats throughout the day. New activity features teach deep breathing and let you share health stats with friends.

Other features in watchOS 3 include the option to switch watch faces by swiping, instantly call emergency services by holding the side button, and draw letters on-screen in lieu of typing via a new feature called Scribble.

Apple is renaming OS X as macOS to align with the names of its other platforms. The latest version of its desktop OS is called macOS Sierra. Updates focus on continuity, cloud, and other core features.

New features include the ability to unlock your Mac using Apple Watch, Universal Clipboard to copy and paste content across Mac and iOS, and the option to make all iCloud documents and desktop available on Mac and iPhone. Apple also says it wants to help make room for new files by automatically moving old files to the cloud.

Apple Pay is arriving on the web with authentication via TouchID on the iPhone or tapping into Apple Watch. Siri is now on the desktop, on the menu bar, and in the dock, where you can ask it to find files, message contacts, or research info like movie times. 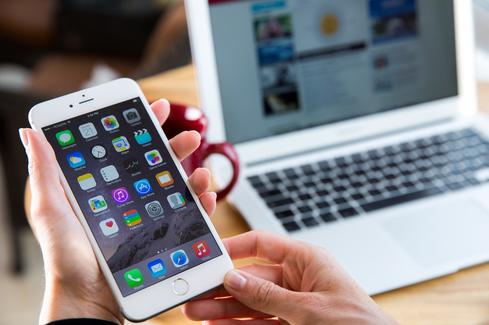 Apple is calling iOS 10 its biggest release to date. This edition has a redesigned lock screen with a new control center and interactive notifications.

Apple says TouchID causes most people to breeze past the lock screen, so their iPhone automatically wakes up when they lift it. They can then act on notifications from the lock screen using 3D Touch.

The company is opening Siri, iMessage, and Maps so developers can build their apps into Apple's software. Siri will also use "deep learning" to make intelligent suggestions based on conversations. It'll display your current location if it senses you want to share it with others, automatically suggest contact info if asked, or pre-populate calendar events with information if it notices you're talking about an appointment.

Apple has also updated Photos to include facial recognition. It's done a design overhaul on Apple Music, revamped Apple News with a new layout and Subscriptions feature, and relaunched Maps to be more proactive.

A new Home app lets users control individual devices. It's accessible from the control center, so users can adjust lights, lock the door, control the garage door, or perform other home automation tasks from one place.

The Phone app now has voicemail transcription. Updates to Messages include rich links and in-line videos that play within iMessage. Apple is also adding several fun features to customize text messages, such as highlighted "emojifiable" words that can be automatically replaced with emojis.

Apple says it believes the future of TV is apps, and it announced a few tvOS updates. Apple TV now has 1,300 video channels, with 6,000 native apps -- all launched in seven months.

A new Apple TV remote app will give the iPhone the same features as Apple TV's Siri remote. It can be used for touch navigation, instructing Siri with voice commands, and playing games. Text can be entered via keyboard.

Kelly Sheridan is the Staff Editor at Dark Reading, where she focuses on cybersecurity news and analysis. She is a business technology journalist who previously reported for InformationWeek, where she covered Microsoft, and Insurance & Technology, where she covered financial ... View Full Bio
We welcome your comments on this topic on our social media channels, or [contact us directly] with questions about the site.
Comment  |
Email This  |
Print  |
RSS
More Insights
Webcasts
Securing and Monitoring Networks in the 'New Normal'
Protecting Your Enterprise's Intellectual Property
More Webcasts
White Papers
Eliminate East-West Traffic Hair-Pinning
5 Steps to Zero Trust in the Data Center
More White Papers
Reports
The State of Threat Detection and Response
How IT Security Organizations are Attacking the Cybersecurity Problem
More Reports

ios 10 is pretty intersting been using it lately and i like how intuitive it has become reducing the amount of buttons needed for unlocking ect.
Reply  |  Post Message  |  Messages List  |  Start a Board
Editors' Choice
Hot Topics