Microsoft plans to sunset Sunrise, the calendar app it acquired in 2015, later this summer. The Sunrise team will now work on the company's mobile Outlook app.

Microsoft is planning to shut down the Sunrise calendar app, which it acquired in February 2015 for a reported $100 million.

Redmond bought Sunrise in the midst of an acquisition spree and mobile revamp. Shortly before it acquired the startup, it purchased email app Acompli and released Outlook for iOS and Android.

Following the Sunrise acquisition, the technology and talent behind the calendar app joined Microsoft to work on the Outlook mobile apps for iOS and Android.

The Outlook app quickly grew in the months following its January 2015 debut. By October, Microsoft reported there were almost 30 million people actively using the app on smartphones and tablets. One in five of those users were connecting to multiple accounts.

With employees from both Acompli and Sunrise working on the Outlook team, the iOS and Android mobile apps started to take on subtle, but noticeable design changes. These included easier access to key features like email, calendar, people, and files on the front page of the mobile app.

Sunrise, in particular, influenced changes to the design of the Outlook calendar. The team gave the calendar a makeover to simplify navigation, bring key event details to the top of the page, and color-code attendee responses with green, gray, and red dots.

At the time it announced the Outlook redesign in October 2015, Microsoft promised more features were on their way and confirmed Outlook would eventually replace the Sunrise calendar app. However, it intended to keep Sunrise on the market until its features were fully integrated into Outlook.

Now, it seems, this integration is almost complete.

What's more, the Sunrise team is now entirely committed to the Outlook mobile apps. While the team behind the startup acknowledges the opportunity of working on a large-scale app like Outlook, it also explains it cannot keep churning out new features and fixes for Sunrise users going forward. 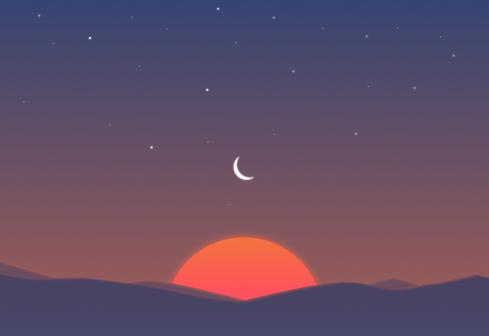 "Unfortunately, as all good stories go, there's a sad bit to it: we're not able to support and update Sunrise anymore," wrote the Sunrise team on its company blog. "No new features. No bug fixes. For us, that's the definition of a lousy app and it's not a user experience we want to leave you with."

According to the blog post, the Sunrise team will continue working with Microsoft, and it remains committed to its original goals of improving productivity for mobile users. It also reports the same features users appreciate in Sunrise, including calendar apps, interesting calendars, and event icons, will make their way to Outlook mobile apps.

Over the next few days, Sunrise will be removed from app stores. The app will officially shut down and stop working altogether on Aug. 31.

Kelly Sheridan is the Staff Editor at Dark Reading, where she focuses on cybersecurity news and analysis. She is a business technology journalist who previously reported for InformationWeek, where she covered Microsoft, and Insurance & Technology, where she covered financial ... View Full Bio
We welcome your comments on this topic on our social media channels, or [contact us directly] with questions about the site.
Comment  |
Email This  |
Print  |
RSS
More Insights
Webcasts
How Elite Analyst Teams are Transforming Security with Cyber Reconnaissance
ROI and Beyond for the Cloud
More Webcasts
White Papers
Centralized Security Policy Management Across Hybrid Cloud Environments Should be an Obvious Strategy
2020 SANS Enterprise Cloud Incident Response Survey
More White Papers
Reports
How IT Security Organizations are Attacking the Cybersecurity Problem
2020 State of Cybersecurity Operations and Incident Response
More Reports


@jkwaker111    Sorry to hear that a solution that you found is no longer available to you.    Welcome to the world of Microsoft, where it doesn't matter if it works for you, it only matters if it works for them.


Try something Open Source, at least you know it will be around five years from now.

For some reason Outlook started giving me trouble last Fall on both my tablet and phone.  The IT guy at our office couldn't discern the problem and I started using Sunrise.  It's quite light and very responsive.  Will be looking for another Outlook calendar alternative soon.:-(
Reply  |  Post Message  |  Messages List  |  Start a Board

Have to say it -- sounds like that song from  the Broadway show Fiddler on the Roof -- "Sunrise, Sunset"

More Informa Tech Live Events
Protecting Your Enterprise's Intellectual PropertyBuilding the SOC of the Future: Next-Generation Security OperationsROI and Beyond for the Cloud