Who should you ask for advice about getting a salary increase? Probably not your parents.

When you are looking to make a change or take a big step, it's pretty natural to talk to the people who are close to you -- friends and family -- about whether you are making the right moves and what things you may need to do to achieve your goals. But if your goal is to get a significant salary increase in the next year, you may want to avoid asking your parents or anyone from an older generation for advice about how to do it.

Sure, they may have enjoyed successful careers and find themselves fairly comfortable today. But they likely never did the one or two of the things that lead to getting paid what you are worth in today's market. 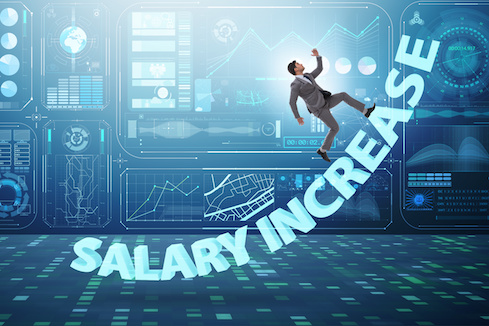 What are those things? One is that your parents and their friends probably avoided discussing their salaries with their peers in the market or doing other research about their job role and its value in the market, according to Ryan Sutton, a district president with recruitment firm Robert Half.

"There are definitely some age breakdowns in terms of people who are willing to discuss what they are making," Sutton told InformationWeek in an interview. "There is a lot of variability in terms of age. You will see Millennials be bolder with their desires and asks and then that tapers off with GenX and tapers off more with Boomers. It has to do with the culture people were raised in."

That's not just Sutton's opinion. Robert Half conducted two surveys of more than 3,800 U.S. office workers. The surveys showed that 67% of workers aged 18 to 34 have discussed salaries with their colleagues. That compares to 54% of professionals from 35 to 54 years old, and just 38% of those 55 and older.

Yet researching your value in the market is the most important thing you can do to negotiate a raise in salary, Sutton told InformationWeek.

"What sets people apart is the people who are willing to do the research to improve their compensation," he said. That means talking to your peers if you can, or maybe people who have left your company but are in a position to provide you with information about what your peers are paid there.

Research can also include reading salary guides, like the ones offered by Robert Half, and checking career and salary research websites like GlassDoor or Salary.com. 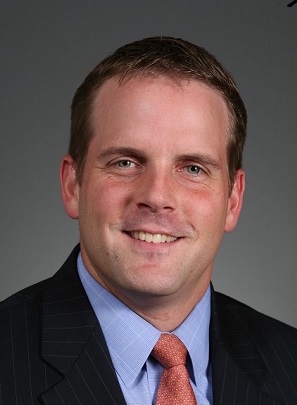 That said, it still is a good idea to talk to those in your sphere of influence, according to Sutton, including your parents, siblings, partner, or spouse.  "That cannot be your only source, though," Sutton said.

But it's not just doing the research that makes a difference. You also have to use that research in your salary negotiations. The Robert Half survey found that most workers who talked to colleagues about salary ended up doing nothing with the information (61%). Another 28% used the insights to ask for a raise, and 17% used the information to negotiate a new job offer. Yet 88% of respondents 55 and older didn't use the information. That number falls to 65% for those 35 to 54 years old and to 45% for workers 18 to 34 years old.

The Robert Half research found another gap, too. Overall, 82% of professionals said they feel well-informed about what they should be making. However, more men (87%) than women (76%) feel that way. Men were also more likely than women to have checked their salary against the market rate in the last year -- 80% versus 65%, according to the Robert Half survey.

That difference contributes to the gender salary gap, Sutton said.

"Clearly a gender gap exists in salaries," Sutton said. "It's pretty much every industry and every role in society."

Yet workers are getting better at doing this kind of research. While overall this year 73% said they checked their salary against market rates through online resources, salary guides, or job postings in the last year, that's a significant increase from two years ago when the rate was 54%.

Factors that play into salaries include job roles, certainly, but also the geographic market, too. Workers in Cleveland (56%), Raleigh (53%), and Portland (52%) had the highest percentages of workers who reported feeling underpaid.

While it wasn't covered by the survey, Sutton said there's been a change in attitude toward remote workers in the last 5 to 10 years. Back then, workers who were remote were paid less. Employers considered offering remote work a benefit or perk, and thus paid those workers less if they lived in less expensive markets. But that's changed.

"It's no longer a perk, it's a given," Sutton said. "We are seeing salaries being consistent now. We are not seeing that big pay disparity for remote work."

In the current boom economy, employers may be looking for ways to keep workers happy and discourage them from leaving, but at the same time recruit new talent. Sutton recommends that employers audit and reset their salary grids.

It's important because organizations are running into problems in which their new hires are making the same salary or higher salaries than their managers. That can leave your existing workers feeling under-appreciated and undervalued. So if you haven't reset your salary grid for 5 years or more, it's time, Sutton said.

"If you don't, the only way for your employee to get a raise is to leave," he said. "You have great employees. Why not proactively take care of them?"

Jessica Davis has spent a career covering the intersection of business and technology at titles including IDG's Infoworld, Ziff Davis Enterprise's eWeek and Channel Insider, and Penton Technology's MSPmentor. She's passionate about the practical use of business intelligence, ... View Full Bio
We welcome your comments on this topic on our social media channels, or [contact us directly] with questions about the site.
Comment  |
Email This  |
Print  |
RSS
More Insights
Webcasts
The Failures of Static DLP and How to Protect Against Tomorrow's Email Breaches
How Elite Analyst Teams are Transforming Security with Cyber Reconnaissance
More Webcasts
White Papers
Centralized Security Policy Management Across Hybrid Cloud Environments Should be an Obvious Strategy
The Dark Side of SD-WAN
More White Papers
Reports
IDC FutureScape: Worldwide Digital Transformation Predictions
2020 State of Cybersecurity Operations and Incident Response
More Reports