Every year, Forbes puts out a list of The World’s 100 Most Powerful Women. In fact, the magazine updated the list for 2018 in the first week of December.

If you scroll through, you’ll notice that the list includes a lot of women who work in the technology industry. You’ll see some familiar names like YouTube’s Susan Wojcicki (#7), IBM’s Ginni Rometty (#10), Facebook’s Sheryl Sandberg (#11), Apple’s Angela Ahrendts (#13), and Oracle’s Safra Catz (#14).

The folks at Porch.com were curious about the personality traits that set these powerful women apart from people who don’t accomplish as much in their careers. To answer their questions, they turned to AI. They used the IBM Watson Personality Insights API to analyze the speeches, interviews and social media commentary for the women on the list.

It’s worth noting that the Watson Personality Insights API isn’t meant to be a diagnostic tool, so the study results might not be similar to those the women would get if they took a validated personality test under the supervision of a trained psychologist. In some cases, the women may have had help writing some of the text that was used for the study, so the scores may be more of a reflection of how they want to be perceived than of their actual personalities. Still, the study is interesting as a place to start a discussion of the traits that women might need if they want to get ahead in the technology industry.

The results highlighted some interesting differences between female tech leaders and powerful women who work in other fields. For example, women in media and entertainment tended to score high in artistic interests (95.9%), altruism (91.7%), morality, (84.4%), emotionality (81.6%) and cooperation (81.5%). None of those traits were in the top nine for women who worked in tech. In fact, the tech women scored particularly low on emotionality — just 46.2% on average.

For some traits, the women showed quite a bit of variation. For example, Sheryl Sandberg scored 91.3% for modesty, but Lucy Peng was at the other end of the spectrum at 4.0%. The two women were also very different when it comes to agreeableness, with Sandberg at 66.2% and Peng at 2.9%. For emotionality, Angela Ahrendts was at 97.3%, while Safra Catz was at 2.1%. Watson said that Ahrendts also seemed the most cheerful of the bunch with a 56.0% score, while Peng scored lowest at 2.4%.

So which traits did the female tech leaders share?

The following slides detail the top nine personality traits of female tech leaders on the Forbes list, as identified by the AI. They also reveal which of the women received the highest scores for each trait.

The IBM Watson Personality Insights API provides scores for 30 different characteristics, which come from the International Personality Item Pool (IPIP). The traits are organized into five groups of six, with six characteristics corresponding to each of the “big five” personality facets: agreeableness, conscientiousness, extraversion, emotional range, and openness.

The ninth most common trait for the female tech leaders was achievement-striving, which falls under the conscientiousness category. People who score high on this trait are said to be “driven,” or in other words, “You set high goals for yourself and work hard to achieve them.”

Belinda Johnson scored the highest of the female tech leaders from the Forbes list with a score of 97.7% for achievement-striving. The AI also scored Sheryl Sandberg (91.4%) and Angela Ahrendts (91.2%) as particularly high in this category. 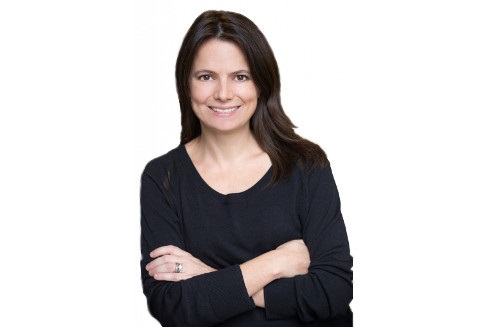 On the personality trait chart, the trust characteristic is part of the agreeableness category, and it refers to how readily people trust others. People who score high tend to believe the best of others, while people with low scores tend to believe that other people are looking out for their own interests and could possibly be dangerous.

Adventurousness falls under the openness category and describes people’s willingness to try new things. Those who score low in this category would be best described as “consistent,” as they prefer to stick with tried and true routines. Those who are more adventurous are far more eager to give something new a try. 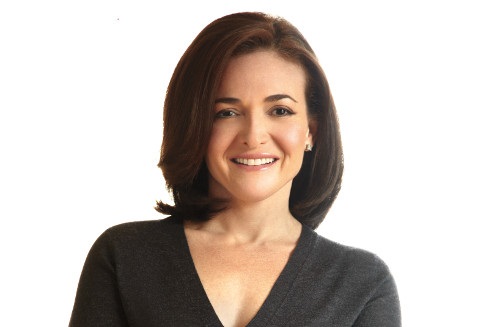 Sympathy falls under the agreeableness category on the personality traits chart. People who score low for sympathy generally believe that people should be more self-reliant and independent, and they pride themselves on making rational, logical decisions rather than being moved by compassion or pity. People with high scores are very empathetic and compassionate, finding it easy to put themselves in other people’s shoes.

Interestingly, most (but not all) of the female tech leaders scored high for sympathy, despite stereotypes of tech industry workers as being a pretty logical group of people who might not have as many “soft skills” as people in other fields. Sheryl Sandberg scored particularly high — 99.9%. Other women that the AI rated as very sympathetic included Roshni Nadar Malhotra (99.8%) and Angela Ahrendts (99.7%). Overall, it was the sixth highest trait among the tech women.

Among all the women on the Forbes Top 100 list, a high sympathy score was the third most common personality trait.

Assertiveness is one of the measures of extraversion, or how outgoing a person is. People with low assertiveness skills prefer to listen rather than talk, but people who are very assertive speak up. They like to take charge of a group and give direction to others.

It seems like most powerful leaders would have a good bit of assertiveness in their personalities, but it wasn’t one of the top five traits overall for all the women on the Forbes 100 list. However, it did seem more common in some industries. Women in politics averaged a 95.0% score for assertiveness, and women in tech averaged a 93.0% score. Female tech leaders who received particularly high scores for this trait included Roshni Nadar Malhotra (98.5%), Safra Catz (98.2%) and Belinda Johnson (98.1%). Among the female tech leaders, only Susan Wojcicki and Judy Faulkner were rated below 90%.

You might think that cautiousness is the opposite of adventurousness, but the two factors aren’t that closely related on the personality trait chart. Adventurous is a measure of openness, while cautiousness is a measure of conscientiousness. Thus, people who are both adventurous and cautious — like most of the female tech leaders — are willing to try something new, but they think through decisions very carefully before committing to something that could have long-term effects.

On the IPIP chart, this trait is called “liberalism,” however, that is somewhat misleading as this characteristic doesn’t necessarily describe a person’s political views. Instead, this trait refers to willingness to challenge authority. People with a low liberalism score are respectful of authority and prefer to follow tradition. People with a high score are authority-challenging and, in some cases, actually prefer some disorder to following the rules.

The adage about well-behaved women rarely making history seems to hold true among the women on the Forbes 100 list because liberalism was the second most common trait among all the women and also second among the women in tech. The technology group averaged a 97.3% in this category, and several women scored above 99%. They included Ruth Porat (99.8%), Lucy Peng (99.7%), Roshni Nadar Malhotra (99.6%), Amy Hood (99.3%), Jean Liu (99.3%), Susan Wojcickci (99.2%) and Belinda Johnson (99.1%). Among the female tech leaders, only Sheryl Sandberg scored less than 90% in this trait. 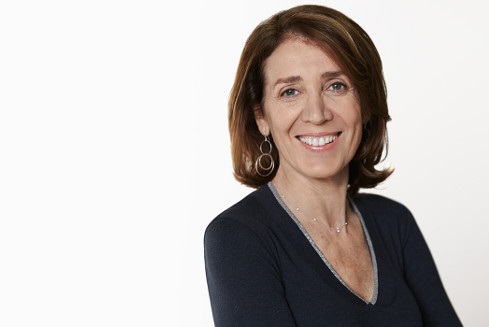 Intellect was the number one trait of both the entire list of powerful women and the women who work in tech. The tech women averaged a 99.6% score in this category, and Ruth Porat actually scored a 100%, the only 100% any of the tech leaders received. Several others — including Angela Ahrendts, Lucy Peng, and Judy Faulkner — scored 99.9%. These results were also very consistent across the board as none of the female tech leaders were scored below 98% for intellect.

If you’d like to see how you compare to the women in tech, you can either run some of your own writing through the IBM Watson Personality Insights tool or take an online personality test that measures the same characteristics.

Cynthia Harvey is a freelance writer and editor based in the Detroit area. She has been covering the technology industry for more than fifteen years. View Full Bio
We welcome your comments on this topic on our social media channels, or [contact us directly] with questions about the site.
Comment  |
Email This  |
Print  |
RSS
More Insights
Webcasts
Cloud Security Threats Enterprises Need to Watch
Are You Ready for When Cyber Attackers Get In?
More Webcasts
White Papers
Using AI to Power AppSec
Simplify Your App Security
More White Papers
Reports
Can You Spare 10-12 Mins to Help Us Out with a Survey on Tech Trends?
Got 7 Minutes? Dark Reading Needs Your Help With Our Survey on Incident Response
More Reports
Copyright © 2020 UBM Electronics, A UBM company, All rights reserved. Privacy Policy | Terms of Service