Why Businesses Must Think About Voice Interfaces, Now - InformationWeek

Alexa's popularity among consumers serves as a wake-up call for businesses. Eventually, voice interfaces will replace keyboards, taps and swipes, but organizations must be wary of approaching voice interface design the same way they've approached web and mobile design. Before you begin, consider these points.

Voice interfaces are going to have an immense impact on human-to-machine interaction, eventually replacing keyboards, mice and touch. For one thing, voice interfaces can be much more efficient than computers, laptops, tablets and smartphones. More importantly, they provide an opportunity to develop closer relationships with customers based on a deeper understanding of those customers.

Despite the popularity of Alexa among consumers, one might assume that voice interfaces are aspirational at best for businesses, although a recent Capgemini conversational commerce study tells a different story. The findings indicate that 40% of the 5,000 consumers interviewed would use a voice assistant instead of a mobile app or website. In three years, the active users expect 18% of their total expenditures will take place via a voice assistant, which is a six-fold increase from today. The study also concluded that voice assistants can improve Net Promoter Scores by 19%. Interestingly, this was the first such study by Capgemini.

"Businesses really need to come to grips with voice channels because they will change the customer experience in ways that we haven't seen since the rise of ecommerce," Mark Taylor, chief experience officer, DCX Practice, Capgemini. "I think it's going to [have a bigger impact] than ecommerce because it's broader. We call it 'conversational commerce,' but it's really voice-activated transactions."

The obvious problem with voice interfaces is their limited understanding of human speech, which isn't an easy problem to solve. Their accuracy depends on understanding of the words spoken in context, including the emotions of the speaker.

"We're reacting in a human way to very robotic experience and as that experience evolves, it will only increase our openness and willingness to experience that kind of interaction," said Taylor. "Businesses have recognized that they're going to need a branded presence in voice channels, so some businesses have done a ton of work to learn what that will be."

For example, brands including Campbell's Soup, Sephora and Taco Bell are trying to understand how consumers want to interact with them, what kind of tone they have as a brand and what to do with the data they're collecting.

"Brands have spent billions of dollars over the years representing how they look to their audience," said Taylor. "Now they're going to have to represent how they sound. What is the voice of your brand? Is it a female or male voice, a young voice or an older voice? Does it have a humorous or dynamic style? There are lots of great questions that will need to be addressed."

Web and mobile experiences guide users down a path that is meant to translate human thought into something meaningful, but the experience is artificial. In web and mobile experiences, it's common to search using keywords or step through a pre-programmed hierarchy. Brands win and lose market share based on the customer experience they provide. The same will be true for voice, but the difference is that voice will enable deeper customer relationships.

Interestingly, in the digital world, voice has lost its appeal. Businesses are replacing expensive call centers with bots. Meanwhile, younger generations are using smartphones for everything but traditional voice phone calls. Voice interfaces will change all of that that, albeit not in the way older generations might expect. In Europe, for example, millennials prefer to use a voice assistant in stores rather than talking to a person, Taylor said.

"What's interesting here is the new types of use cases [because you can] interact with customers where they are," said Ken Dodelin, VP of Conversational AI Products at Capital One. 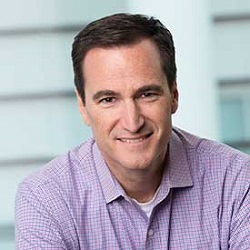 Instead of surfing the web or navigating through a website, users can simply ask a question or issue a command.

"[Amazon's] dash button was the early version a friction-free thing where someone can extend their finger and press a button to go from thought to action," said Dodelin. "Alexa is a natural evolution of that."

In banking, there is considerable friction between wanting money or credit and getting it. Capital One has enabled financial account access via voice on Alexa and Cortana platforms. It is also combining visual and voice access on Echo Show. The reasoning for the latter is because humans communicate information faster by speaking and consume information faster visually.

"[I]t usually boils down to what's the problem you're solving and how do you take friction out of things," said Dodelin. "When I think about what it means for a business, it's more about how can we [get] good customer and business outcomes from these new experiences."

"Dialogue management is really important," said Dodelin. "The other piece is who or what is speaking?"

Brand image is reflected in the characteristics of the voice interface. Capital One didn't have character development experts, so it hired one from Pixar that now leads the conversational AI design work.

"Natural language processing technology has progressed so much that we can expect it to become an increasingly common channel for customer experience," said Dodelin. "If they’re not doing it directly through a company’s proprietary voice interface, they’re doing it by proxy through Alexa, Google Home or Siri and soon through our automobiles."

The move to voice interfaces is going to be a challenge for some brands and an opportunity for others. Now is the time for companies to experiment and if they're successful, leap ahead of their competitors and perhaps even set a new standard for creating customer experiences.

Clearly, more works needs to be done on natural language processing, but already, some consumers have been tempted to thank Alexa, despite its early-stage capabilities, said Capgemini's Taylor.

In short, voice interfaces are here and evolving rapidly. What will your brand do?

Lisa Morgan is a freelance writer who covers big data and BI for InformationWeek. She has contributed articles, reports, and other types of content to various publications and sites ranging from SD Times to the Economist Intelligent Unit. Frequent areas of coverage include ... View Full Bio
We welcome your comments on this topic on our social media channels, or [contact us directly] with questions about the site.
Comment  |
Email This  |
Print  |
RSS
More Insights
Webcasts
What We Can Learn from Sports Analytics
ROI and Beyond for the Cloud
More Webcasts
White Papers
Five Reasons to Protect your VPN with Multi-Factor Authentication
2020 SANS Enterprise Cloud Incident Response Survey
More White Papers
Reports
Special Report: Edge Computing: An IT Platform for the New Enterprise
Special Report: Understanding Your Cyber Attackers
More Reports