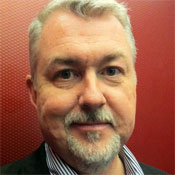 50%
Tweet
True interoperability is the key to unlocking the potential of collaboration to make work more efficient.

One of the major achievements of the IT industry in the 1990s was the emergence of open standards. By eschewing proprietary approaches to software, hardware, and data formats, enterprises succeeded in dramatically improving their flexibility, interoperability, sustainability, and cost effectiveness. The runaway successes of ISA/PCI, TCP/IP, SQL, and XML, to name just a few standards that ultimately changed computing history, showed the way, as well as the promise, of coming together as an industry around a common way of doing things on a level playing field. In those days, enterprises proactively demanded open standards, and largely got them.

By contrast, the social media world has had only a few such breakout successes around open standards. Many initiatives have come and gone over the years, with only OAuth and a few others (such as Activity Streams) achieving widespread acceptance. By widespread, I mean the definitive, standard way of accomplishing a given capability in social media. In fact, in recent years we've seen the return of large-scale proprietary platforms, such as Android and iOS, which yes, have some open standards in them, but are certainly not managed in an open environment or on a level playing field.

As social networks become the operating system for our engagement with the world (at least for many of us), it's now past time our industry started a vital discussion on open standards. Beyond the general benefits, there are a few urgent reasons we should do this for enterprise social networks.

One reason is that, as I pointed out in my last column, social media in general has proliferated so extensively now that there are often a half dozen or more social apps that we use every day in our personal lives, in the workplace, or both. But they usually have quite limited interoperability when it comes to our identities, data integration, and inter-social network user experience. Thus, our work in them is fragmented and siloed, limiting their reach and value. Standards would greatly help with this. 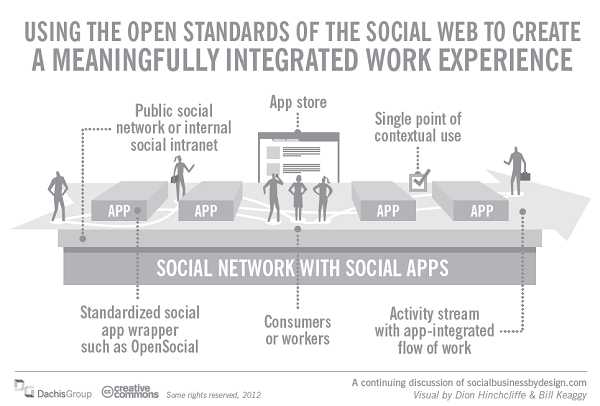 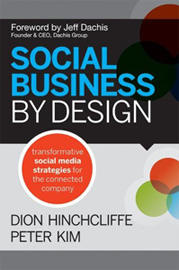 This ongoing column continues the discussion from Social Business By Design (2012, John Wiley and Sons), the book I recently co-authored with Peter Kim on the methods that organizations can use to better prepare strategically for social business.

Second is that, as IT becomes more on-demand and disposable in an increasingly app store-centric world, the shelf-life of our applications clearly seems to be shortening. We must have a way to easily and simply achieve continuity as the social foundation beneath us shifts and changes. Open standards make it possible to swap out obsolete and outdated social components, move our data over as necessary, and keep working with as little disruption as possible.

Third, and perhaps most important, the industry is becoming aware that the business value of social media is best achieved when it's centered in the work that we do, not off to the side. This can only be achieved by connecting our systems of engagement (social business tools and platforms) with our systems of record (CRM, ERP, HRM, etc.). Again, standards that readily enable such a connection would allow the vast array of traditional IT we have to operate seamlessly in close conjunction with our social environments, the latter which now seem destined to become a primary center of attention when it comes to our daily workplace experience.

Fortunately, I come bearing good news when it comes to most of these three points. Many of the standards for achieving these goals--which can be summarized here as social media interoperability, interchangeability, and application integration--now exist and, though not perfect or 100% solutions, are in a relatively complete and mature state compared to where they were even a couple of years ago.

The Social Web Standards To Bring It All Together

While the story of OAuth is generally well known and has already achieved the bar for definitive success in my opinion, i.e., widespread acceptance in a critical mass of products and IT shops, it really just helps with social interop at a basic level. Typically, OAuth is used to safely connect two social tools with a single user identity, so that say, Foursquare check-ins are visible in Facebook or a critical IT system can automatically post informational updates into a employee social network.

Comment  |
Email This  |
Print  |
RSS
More Insights
Webcasts
Building an Incident Readiness and Response Playbook
Getting the Most from Threat Intelligence
More Webcasts
White Papers
NetFlow vs Packet Data
[Exclusive InformationWeek IT Trend Report] The Cloud Gets Ready for the 20's
More White Papers
Reports
Can You Spare 10-12 Mins to Help Us Out with a Survey on Tech Trends?
Got 7 Minutes? Dark Reading Needs Your Help With Our Survey on Incident Response
More Reports

If you are going to run multiple-page articles, (IMHO) you really, really need to have a 'single-page' read option. Most e-mags do this with the"Print" option. Your "Print" option goes straight to the printer only. Even a (PITA) .pdf option would be better than multiple pages.