50%
Tweet
A day after a drone struck a British Airways flight, the Boston Marathon is using drone-detection technology to keep UAS away from its event.

6 Drones Designed To Do Good
(Click image for larger view and slideshow.)

The 120th running of the Boston Marathon April 18 will be host to not only 30,741 registered runners but a security detail of drone detectors.

For the second year in a row, Virginia-based DroneShield will have a series of drone detectors at the marathon, positioned along the 26.2-mile route. The devices feature audio sensors that can filter out background noises and detect a drone within a 150-yard range and alert law enforcement via text message or email.

The Boston Marathon -- like Washington's April 16 National Cherry Blossom Festival -- has been declared a no drone zone by the Federal Aviation Administration (FAA).

DroneShield sensors can also detect the type of drone in an area.

DroneShield CEO James Walker said the company has a database of sounds from commercially available drones. 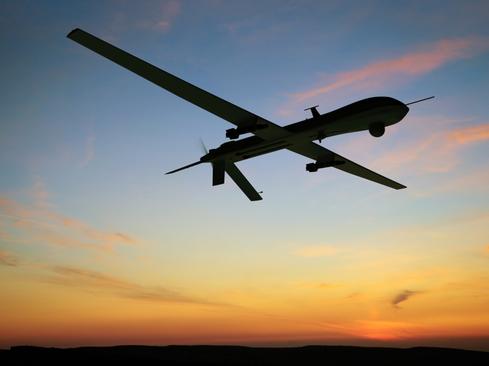 "A very sophisticated algorithm actually removes the background noise, and then compares the drones down to our library to identify what type of drone it is," Walker said, according to the Boston Globe.

Such technology has been called for in areas including airports.

On April 17, a British Airways flight heading into Heathrow Airport from Geneva was stuck by an object that the pilot believed to be a drone. The plane landed safely and the aircraft was found safe to continue on to its next flight, but the incident highlighting an area of innovation, pending regulation and concern.

A spokesperson for the UK Civil Aviation Authority called the incident "totally unacceptable" and noted that anyone breaking no-drone-zone rules can face "severe penalties, including imprisonment."

In the US, the Federal Aviation Administration (FAA) is currently reviewing an April 1 report and recommendations regarding Micro Unmanned Aircraft Systems (UAS) made by an Aviation Rulemaking Committee (ARC).

The report considered risks to people on the ground and property in the air, and noted: "After considerable discussion, the ARC determined that the unique risk posed by flight over people … is injury or death to persons on the ground."

Small UAS, however, weighing less than 250 grams -- or approximately half a pound -- were found to pose a low level of risk, and so the ARC recommended no performance-based standards for this category of flying objects.

Amazon and shipping giant Maersk have expressed their intention to use drones for making deliveries, and Google and Facebook are experimenting with using drones to deliver WiFi signals.

The Facebook drone, Aquila, has a 137-foot wingspan and weighs 880 pounds.

The Australian reported April 18 that DroneShield intends an IPO on the ASX (the Australian stock exchange), "joining a quiet but growing swarm of stocks exposed to the burgeoning small unmanned aerial vehicle (SUAV) sector."

This "swarm" includes products that launch drones into air and, like DroneShield and Department of Defense-approved Department 13, those that take them down.

The report noted that, according to Goldman Sachs, the commercial drone market is valued at $20 billion annually -- small change beside the $70 billion market for military-use drones.

On April 19 and 20, in Daytona Beach, Fla., the FAA, in conjunction with the Embry-Riddle Aeronautical University, will host a UAS Symposium to provide a "forum for the UAS industry and stakeholder community to provide input and feedback directly to FAA decision makers on topics related to UAS integration," the FAA said in an announcement.

Michelle Maisto is a writer, a reader, a plotter, a cook, and a thinker whose career has revolved around food and technology. She has been, among other things, the editor-in-chief of Mobile Enterprise Magazine, a reporter on consumer mobile products and wireless networks for ... View Full Bio
We welcome your comments on this topic on our social media channels, or [contact us directly] with questions about the site.
Comment  |
Email This  |
Print  |
RSS
More Insights
Webcasts
5 Steps to Integrate SAST into the DevSecOps Pipeline
Cloud Security Threats Enterprises Need to Watch
More Webcasts
White PapersMore White Papers
ReportsMore Reports

It is great technology it would be even better if you could prevent drones from entering a no drone area . Relying on law enforcement to get to a drone quickly enough to prevent an issue is risky . The British airways issue should be a wake-up call to airports and airlines around the world .
Reply  |  Post Message  |  Messages List  |  Start a Board

"The report noted that, according to Goldman Sachs, the commercial drone market is valued at $20 billion annually -- small change beside the $70 billion market for military-use drones."

Since when is 30% of any large amount of money considered "small change". I wouldn't mind if my company made that kind of small change anually...
Reply  |  Post Message  |  Messages List  |  Start a Board

A small number of drones carrying cameras for the purpose of covering the race (or particular runners) might actually be a good thing (ones dropping drinks or snacks, not so much).  Thus, in the future, race organizers might want to consider registering drones and posting rules for their use instead.
Reply  |  Post Message  |  Messages List  |  Start a Board
Editors' Choice
Hot Topics