50%
Tweet
IT professionals have strong feelings about RIM, its products, and its plight. But the real issue is end user device preference. 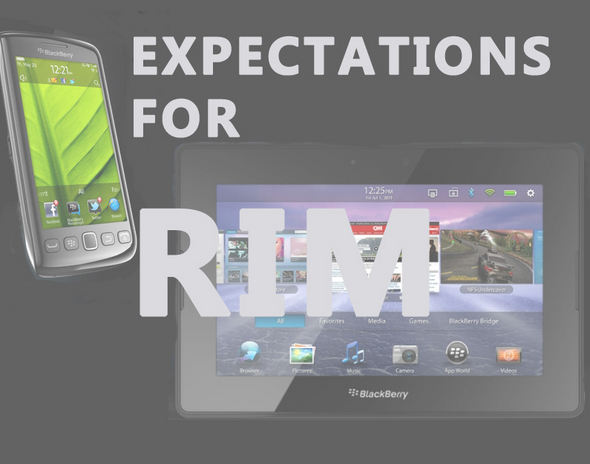 In late January, RIM announced that its co-CEOs Mike Lazaridis and Balsillie would step aside and that COO Thorsten Heins would step into the top job. The stock market shaved a few more dollars off the already depressed RIM stock price, and articles started flying about the inadequacy of the move to fix RIM's woes. While investors and pundits are an important group to watch, we wanted to learn what IT professionals charged with managing smartphone strategy thought about RIM and its new leadership.

We surveyed 536 IT professionals to get their opinions on RIM, its products, its management, and its prospects for the future. Respondents were largely IT managers and executives (55%) or IT staff (27%), with the rest made up of consultants, line of business managers, and non-IT executives. All but 1% had either purchased RIM/BlackBerry products for their business (72%) or evaluated them (19%). Respondents came from companies of all sizes, with 34% representing companies of less than 500 employees, 33% from companies with 500 to 5,000, and 32% from companies with more than 5,000 workers.

While IT professionals have strong feelings about RIM, its products, and its plight, they also realize that, for the most part, the real issue is end user preference. Many remarked how they personally still like Blackberry products, but that most end users didn't share their sentiments. One IT pro put it this way: "I have always loved the BlackBerry for business; but users are wanting more. I personally still use BlackBerry." Another offered this observation: "I am personally a BlackBerry user and love it, especially the full keyboard. However, they seem to not be coming out with new technology. Apps are not as readily available for the Blackberries as they are for the Android and IPhones."

And therein lies the rub: While RIM worked to perfect their messaging device, Apple and Google created the next generation--a true mobile computing platform. It's hard not to make comparisons to the myriad of technology companies that myopically improved what they knew rather than working to create the next great thing.

One poll respondent offered this comparison: "RIM kept too much control over their BlackBerry System. Much like Xerox, which missed the personal desktop computer market because it was too narrowly focused in its vision of customer needs."

Another made this comparison: "Read the story about Wang Laboratories. RIM is hauntingly similar. [It offered a] Great product but was caught in the onslaught of a product that does more for the person holding the device. RIM can tout security and battery life all it wants, but the consumer really doesn't care. Corporate IT cares, but we can't stop the mob holding the smartphones and torches."

So in the end, IT pros know there's no point in insisting on a device that users don't want.

Comment  |
Email This  |
Print  |
RSS
More Insights
Webcasts
Building an Incident Readiness and Response Playbook
12 Ways to Defeat Multi-Factor Authentication and How To Stop the Bad Guys
More Webcasts
White Papers
[Exclusive InformationWeek IT Trend Report] The Cloud Gets Ready for the 20's
Definitive Guide to Securing DevOps
More White Papers
Reports
Can You Spare 10-12 Mins to Help Us Out with a Survey on Tech Trends?
Got 7 Minutes? Dark Reading Needs Your Help With Our Survey on Incident Response
More Reports

It is understandable the situation RIM faces now because RIM is a real singer, but Apple or Google is a pop star. Of course pop star has more audiences, but we'll know a real singer has better taste and style. 80% more people don't have professional knowledge to the electronic devices.
Reply  |  Post Message  |  Messages List  |  Start a Board
Editors' Choice
Hot Topics