0%
Tweet
Sony might be losing the smartphone war, but its image sensors are the first choice for most top-tier devices, including the iPhone and Samsung's Galaxy line.

Despite creating some of the best-designed smartphones and tablets in the past three years, Sony could soon be leaving the mobile phone market, at least when it comes to producing its own devices.

For many years, Sony has been a top-five phone manufacturer. Although its latest models are always praised for their performance and design, the Japanese giant can't compete with the marketing budgets of Apple and Samsung.

But, at the same time, it is winning with one of the most important components in the smartphone OEM supply chain: the image sensor. Like companies such as Qualcomm, which supplies over 65% of the high-end processors found on smartphones, Sony is supplying its Exmor RS line of image sensors to most of the top OEMs, including Apple, HTC, and Samsung, and some popular newcomers such as OnePlus.

Sony Exmor sensors are built by stacking two chips on top of each other, a technology breakthrough that gave Sony the lead in 2012. One chip captures the image pixels, while the other contains the sensor's circuitry. That helps produce thinner devices -- something critical to building stylish models such as the iPhone 6 or the Galaxy S6 -- compared to previous versions, which have both chips on one layer. This thinner design is something that competitors such as OmniVision have not been able to duplicate.

[Read how WiFi could charge your phone or other gadgets.]

The Exmor RS also uses Sony's proprietary back-illuminated CMOS technology to shrink the size of the photodiodes without losing sensitivity, thus increasing pixel resolution in small-size sensors. Sony makes them at four Japanese factories, which rely on high-end robotics to produce the millions of sensors for smartphones, tablets, and high-end cameras.

Both the Samsung Galaxy line (S5 and S6) and the iPhone 6 are equipped with Sony Exmor RS sensors. Its latest model, the Exmor RS IMX230 sensor, can capture 21 megapixels in a 1/3.06" size. Its image-processing capabilities allow it to shoot 4K video in HDR in real-time. The sensor also supports [email protected] smooth recording and [email protected] slow-motion recording. This is the first sensor in a smartphone to include autofocus technology only found on high-end DSLR cameras. The new Sony Xperia Z3+ (called Xperia Z4 in the US), which will ship in July, uses this sensor. 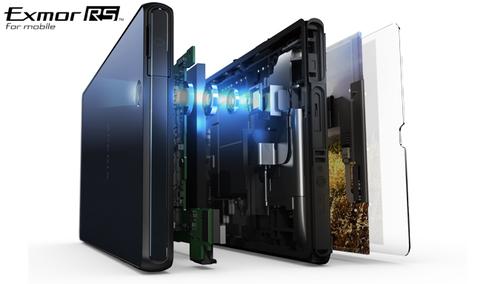 Due to the increased popularity of the selfie, many new high-end models also feature Exmor sensors for the otherwise lower-resolution front cameras.

The iPhone 6 series uses two Sony sensors and related parts, which, according to the Wall Street Journal, generate Sony $20 revenue per phone sold. Typically reliable sources indicate that Apple is considering the IMX230 for its next iPhone.

Samsung, which manufacturers its own image sensors and is successfully selling them to many other smartphone manufacturers, uses Sony's Exmor technology exclusively on its flagship Galaxy line, which includes the S6 and the S6 Edge.

"Whether it's a device that goes into other manufacturers' products or sometimes our own, if there's innovation there ... that's something I get excited about," Kazuo Hirai, Sony's president and chief executive, told The Wall Street Journal.

All Sony's electronics-related units, except Mobile Communications, posted a profit for FY14, which ended March 31. Hirai has yet to announce definite plans for the mobile unit, which is expected to start shipping the Xperia Z4 (Z3+) in July.

Pablo Valerio has been in the IT industry for 25+ years, mostly working for American companies in Europe. Over the years he has developed channels, established operations, and served as European general manager for several companies. While primarily based in Spain, he has ... View Full Bio
We welcome your comments on this topic on our social media channels, or [contact us directly] with questions about the site.
Comment  |
Email This  |
Print  |
RSS
More Insights
Webcasts
Building an Incident Readiness and Response Playbook
Getting the Most from Threat Intelligence
More Webcasts
White Papers
[Exclusive InformationWeek IT Trend Report] The Cloud Gets Ready for the 20's
Definitive Guide to Securing DevOps
More White Papers
Reports
Can You Spare 10-12 Mins to Help Us Out with a Survey on Tech Trends?
Got 7 Minutes? Dark Reading Needs Your Help With Our Survey on Incident Response
More Reports

One of the negative criticisms given for Project Ara is that manufacturers will not want to be part of the modular ecosystem because, a modular phone might last longer and it will result in lower profits for the manufacturer. However, with firms such as, Qualcomm and now Sony, that are already only competing to fulfill a single niche, it seems much more plausible that well known manufacturers will buy into the modular ecosystem.
Reply  |  Post Message  |  Messages List  |  Start a Board
Editors' Choice
Hot Topics